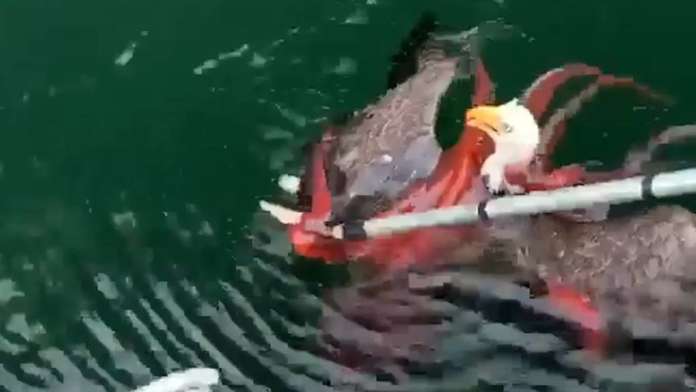 Fishermen on Canada’s Vancouver Island have filmed the moment they rescued a bald eagle from the grips of an octopus’s tentacles after the bird of prey tried to attack it. The footage shows the fisherman removing the bird from the octopus’s tight hold, before they release it back to safety.