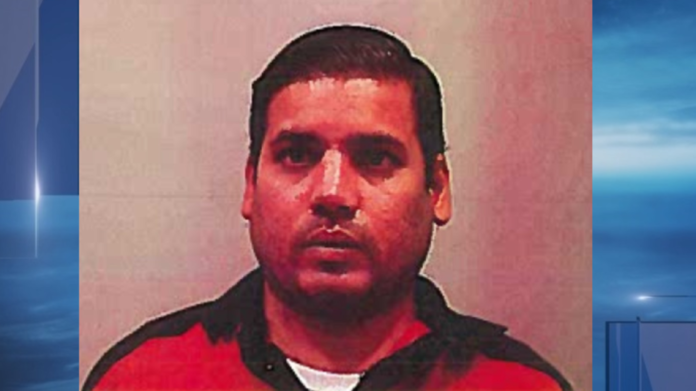 BALTIMORE — Amit Kumar was convicted of first degree murder and possession of a dangerous weapon for the murder of his wife, Ankita Verma. He is scheduled to be sentenced on February 21, 2020 and faces life plus three years.

On January 11, 2019, Amit Kumar stabbed his wife to death in the bedroom of their apartment complex located in the 6700 block of Holabird Avenue. An autopsy ruled the death a homicide and documented that the victim suffered 55 stab and cut wounds. The crime scene indicated several signs that a struggle ensued inside of the apartment. The bedroom door was broken off its hinges and a significant amount of the victim’s blood was found on both sides of the bedroom door, on the legs of a stool and on the handle of a suitcase. It was later confirmed that during the course of the stabbing, the victim attempted to escape by locking Kumar out of the bedroom by holding the door shut and tried to shield herself from the defendant using a nearby stool and a suitcase to block the attack.

After the stabbing, Kumar fled to Washington, D.C., where he traveled to New York City and then headed to Vermont. By this time, the police had already shared his wanted poster with the media and issued an arrest warrant charging Kumar of first degree murder. Kumar’s intent was to ultimately hideout in Canada but he turned himself into the Syracuse police station in New York after seeing his wanted poster on television.

Baltimore Homicide Detectives later traveled to Syracuse and interviewed the defendant who admitted that he and his wife were the only people at home during the time of the murder. However, he claimed that his wife had self-inflicted all 55 knife wounds; some of which reached to the bone.

“I am pleased to know that our prosecutors secured justice for Ankita’s family and that her killer will be held accountable for this vile and vicious crime, “ said State’s Attorney Marilyn Mosby.