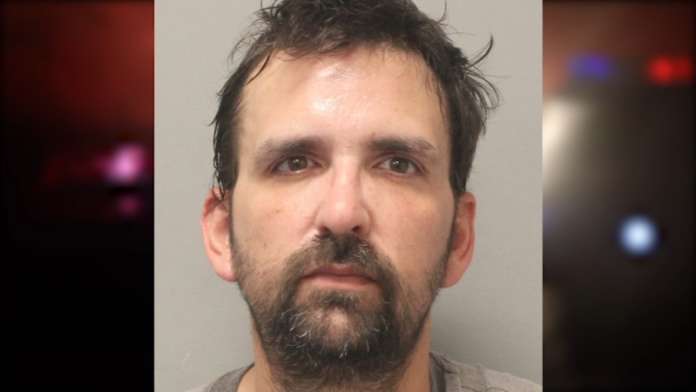 HOUSTON, Texas — On Wednesday, responded to the 300 block of Highland Cross Drive after receiving multiple complaints about the possible trafficking of illegal narcotics in the area.

While on location, deputies observed a suspect arrive on location where narcotics trafficking has been observed by citizens.

Not soon after the suspect left the location, deputies initiated a traffic stop on the suspect vehicle in the 70 block of Hollow Tree Drive. The driver, identified as Guy Richman, admitted he was at the location to buy illegal narcotics and was found to be in possession of 1.1 grams of Heroin.

During the course of the investigation, it was discovered that he left his seven year old daughter in the vehicle not running and unattended for approximately twenty five to thirty minutes in over ninety degree weather while he purchased illegal narcotics.

Child protection services was contacted and the child was released to a guardian who arrived on scene.

Richman was arrested and booked into the Harris County Jail, charged with Possession of a Controlled Substance and Endangering a Child. His total bond was set at $5,000.00 out of the 183rd District Court.