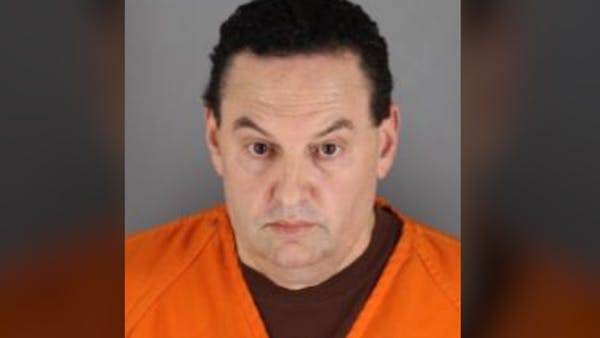 MINNEAPOLIS — A suspect from a 1993 homicide case is scheduled to make his first court appearance this afternoon on a first-degree murder indictment, Hennepin County Attorney Mike Freeman announced Tuesday.

Jerry Westrom, 54, of Isanti, was indicted by a Hennepin County Grand Jury June 25, for first-degree premeditated murder in the stabbing death of 35-year-old Jeanie Childs occurring on June 13, 1993. A warrant issued for his arrest immediately following the indictment, as Westrom had posted $500,000 bail on February 15, 2019, the day after he was originally charged with second-degree murder. He turned himself in Monday.

According to the criminal complaint, on June 13, 1993, property management for an apartment building on the 3100 block of Pillsbury Avenue South were alerted by a tenant that water was coming into her apartment. The source of the water leak was determined to be an adjacent apartment where Childs often stayed. Upon entry in the apartment, water was found to be overflowing from an unoccupied, running shower. Water and blood were present throughout the bathroom and connected bedroom. Childs’ body was found on the bedroom floor.

Authorities were called and an investigation began. They found the apartment belonged to someone Childs had been dating—who was out of the area at the time of the incident—and that she used the apartment for prostitution services. The Hennepin County Medical Examiner’s Office determined she died from multiple sharp force injuries. Items from the apartment were collected and eventually tested for the presence of DNA. An unknown DNA profile was found to be on several of the items tested.

In 2018, police enlisted the services of a genealogist who supplied Westrom’s name as an individual who shared familial traits to the unknown profile that was developed at the crime scene.

In 2019, police started to follow Westrom and, at his daughter’s hockey game, watched him use a napkin to wipe his mouth and then toss it in the trash. Police retrieved the napkin and were able to obtain a DNA sample from it which linked to DNA profiles at the crime scene. In addition, Westrom’s footprints were identified to several bloody footprints found at the scene.