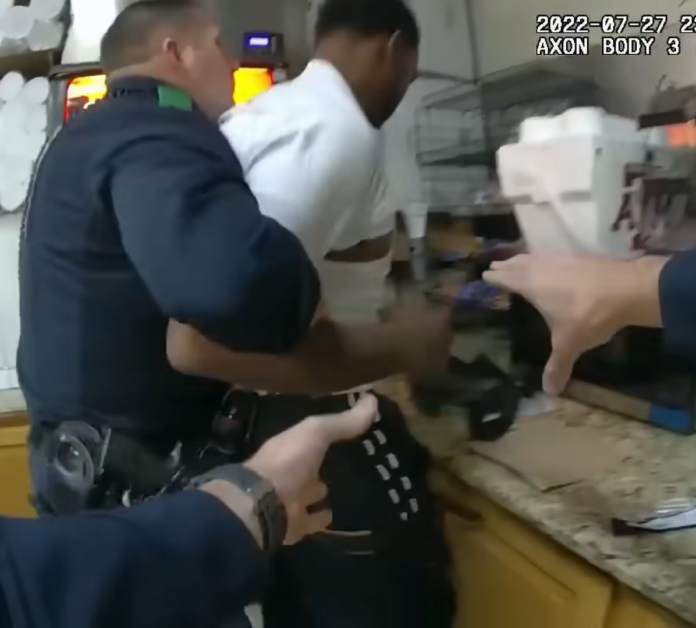 An attempted arrest turned deadly when a suspect allegedly pulled a firearm on officers during a struggle on July 27. The Dallas Police Department in Texas released bodycam and surveillance footage of the incident that occurred inside a convenience store. An undercover detective attempted to conduct a traffic stop after apparently observing the suspect engage in a drug sale, but the suspect fled. The suspect was later spotted at a local convenience store, where officers confronted the man and attempted to arrest him when a struggle ensued, resulting in officers shooting him. The suspect later died at a nearby hospital. No officers were injured during this incident. The family of the suspect is demanding the unedited footage be released, stating the videos were edited to fit a narrative and demonize a victim of police violence.