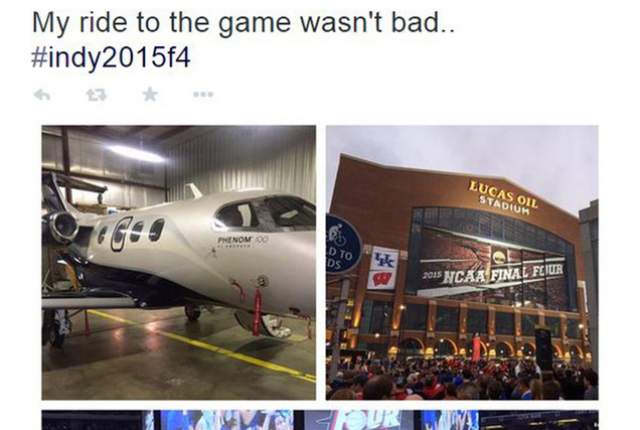 BLOOMINGTON, Illinois — The plane went down in a field in Illinois. The victims were killed while returning from the NCAA basketball championship in Indianapolis, according to the Chicago Tribune.

Torrey Ward, an assistant coach at Illinois State tweeted a photo of the plane that took him to the NCAA game.

Illinois State University confirmed members of their athletic staff were among the dead:

Although the McLean County Coroner has not made official confirmation, the Illinois State University community is deeply saddened by the loss of two members of the Athletics department staff. Aaron Leetch and Torrey Ward were among seven people who died when the plane they were travelling in crashed near Bloomington. Both men were well-respected and much-loved colleagues in our Athletics department. I join with the Redbird Athletics family and the entire campus in mourning the loss of these two men and the others aboard. Our thoughts and prayers are with their families.

Aaron Leetch was deputy director of Athletics for external operations. He leaves behind his wife, Lindsay, and daughters Avery and Emmersen. Torrey Ward was associate head coach of the Redbirds men’s basketball team. He is survived by his children Torrey and Tamia.

Words cannot fully express the grief that is felt in the wake of such a tragedy. We move between shock and profound sadness. At times like these we may even question our deeply held beliefs and wonder what the future will hold. It is important to remember that we are never alone in our grief. A great many resources are available to help us cope with their loss in the coming days, weeks and months. Students impacted by this tragedy may contact our Student Counseling Services office at 438-3655.

The National Transportation Safety Board is investigating. No word on the cause of the crash. This story is developing.

Bloomington is a city in McLean County, Illinois, United States and the county seat.

It is adjacent to Normal, Illinois, and is the more populous of the two principal municipalities of the Bloomington-Normal metropolitan area.