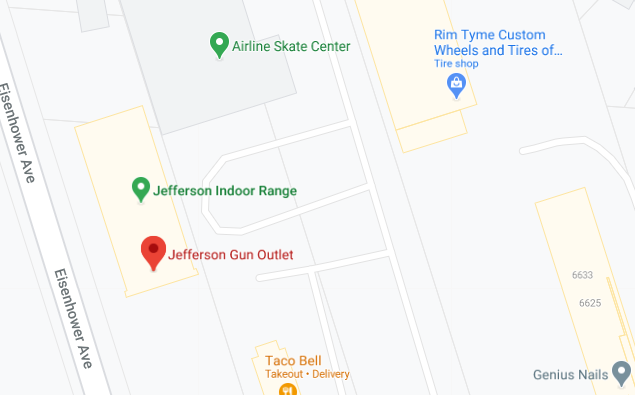 METAIRIE, Louisiana — Cops swarmed the scene of a shooting at a gun shop in the New Orleans metro area on Saturday.

The incident took place at the Jefferson Gun Outlet in Metairie, Louisiana — 5115, 6719 Airline Drive – suite A.

The Jefferson Parish Sheriff’s Office said three people were killed and two others were wounded. The suspect is among the dead.

Sources say that the man got into an argument with a clerk who told him he should not have a loaded gun until he got inside the range.

According to JPSO sources, shots were fired during the argument when at least two customers on the range engaged the man.

The man was shot, but also fired back at the two customers who were also injured.

Reporter Travers Mackel said people on the range “engaged the shooter to try and keep others safe.”

Here at the scene of where JPSO says multiple shootings just took place here at the Jefferson Gun Outlet. At least one dead. We are working to find out details on the situation. Watch @wdsu at 5P. pic.twitter.com/jkLpj55pee