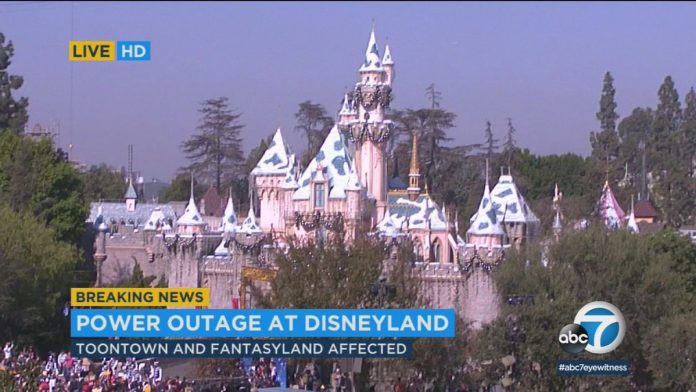 Some rides at the theme park came to a halt and passengers were escorted off.

Park officials said crews were working to solve the issue but did not have an estimated time for power to be restored.

Disneyland power outage affecting parts of park and leaving some tourists stuck on rides, according to park spox.
A transformer issue cut power to all of Toontown and parts of Fantasyland.
There is no restoration estimate available at this time.

Hearing there might be a possible power outage at Disneyland right now, affecting attractions in Fantasyland, Frontierland and Mickey’s Toontown.

All of Toontown and parts of Fantasyland are affected by the outage pic.twitter.com/mj2TJ1RzYJ

@Disneyland why is half of the park closed..?