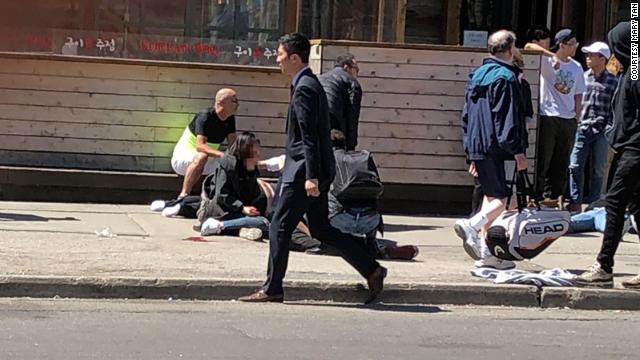 Several pedestrians were struck by a white van in north Toronto Monday afternoon–multiple people have reportedly been killed.

Police say the driver struck the crowd at Yonge Street and Finch Avenue East. The van drove onto the sidewalk in at least two locations, authorities said.

The driver fled the scene in the vehicle but was later captured by police.

U.S. law enforcement sources told CBS News the incident ‘appears to be a deliberate act.’ Although, a motive was not known.

“At this point it’s too early to tell what if any motive there was. We are also unable right now to tell the extent or the number of persons injured,” Toronto police spokeswoman Meaghan Gray said.

Prime Minister Justin Trudeau said on Twitter: “Our thoughts are with all those affected by the terrible incident at Yonge and Finch in Toronto. Thank you to the first responders working at the scene – we’re monitoring the situation closely.”

Residents were urged to avoid the area.

UPDATE 1:27 pm, police were called to Yonge Street and Finch Avenue East, for a collision.
A Media Sgt from traffic services is on their way to the scene.
Too early to confirm the number of pedestrians struck or their injuries. More to come.^gl