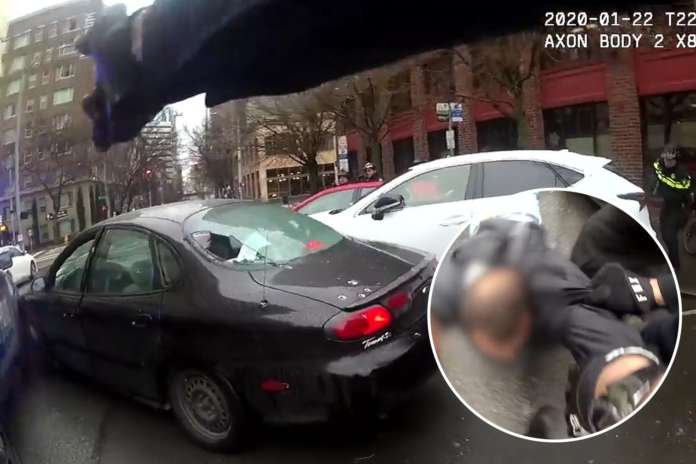 Seattle police and King County Sheriff’s deputies shot and wounded a suspect in a narcotics investigation Wednesday afternoon in Belltown.

Officers and deputies were conducting a narcotics operation near 3rd Avenue and Blanchard Street around 2:45 PM in response to community complaints about drug dealing in the area.

During the operation, police attempted to arrest a suspect in a vehicle at 3rd Avenue and Blanchard. When police approached the vehicle, officers reported seeing a gun.

SPD officers and King County Sheriff’s Deputies opened fire on the 25-year-old suspect, who was struck and wounded. Medics transported the man to Harborview Medical Center with non-life-threatening injuries.