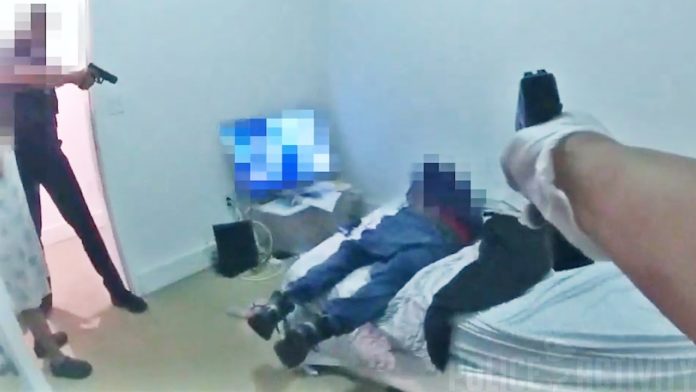 Washington, D.C. — The Metropolitan Police Department (DC Police) released body camera footage that shows an officer fatally shooting an armed man multiple times after the man pointed a gun at woman, officers. The man has been identified as 36-year-old Terrance Maurice Parker of Southeast DC. On Friday, April 30, 2021, at approximately 8:56 pm, uniformed patrol officers from the First District were dispatched to a residence in the 1100 block of 4th Street, Southwest, for a domestic dispute. Upon arrival, the officers encountered Parker, and a female who appeared to be involved in a verbal dispute.

Officers attempted to engage with Parker. Parker suddenly brandished a firearm and pointed it at the female and one of the officers. In response, one of the officers discharged their firearm, striking Parker. Officers rendered aid until the arrival of DC Fire and Emergency Medical Services. Parker was transported to an area hospital for treatment of life threatening injuries. After all life-saving efforts failed, Parker was pronounced dead. The MPD members involved have been placed on administrative leave, pursuant to MPD policy.