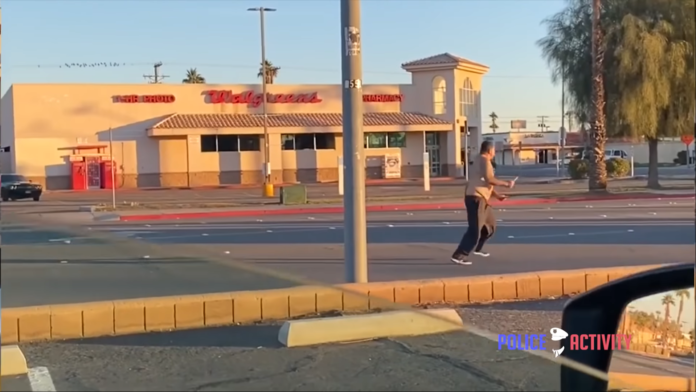 El Centro, California — The El Centro Police Department (ECPD) released body camera footage of an officer-involved shooting that resulted in the death of 50-year-old Manuel Verdugo on December 29, 2019. The release of the footage comes less than a month after Manuel Verdugo’s daughter, filed a lawsuit demanding the release of bodycam footage from officers. During this incident, officers responded to calls about a shirtless man in the middle of traffic armed with stolen knives and threatening violence. When officers arrived, the suspect charged at ECPD officers who initially fired less-lethal, beanbag rounds to stop him. As the beanbag rounds were ineffective, the shooting occurred as the suspect continued to charge toward the retreating officer with the knives still in his hands.

Verdugo was on active parole and was a registered sex offender when this incident occurred. He has prior felony convictions for the following crimes: forcible rape, corporal injury to spouse/cohabitant, willful cruelty to a child It (11-month old girl), spousal abuse/battery, vandalism, forgery, and criminal threats with the intent to terrorize with a weapon.