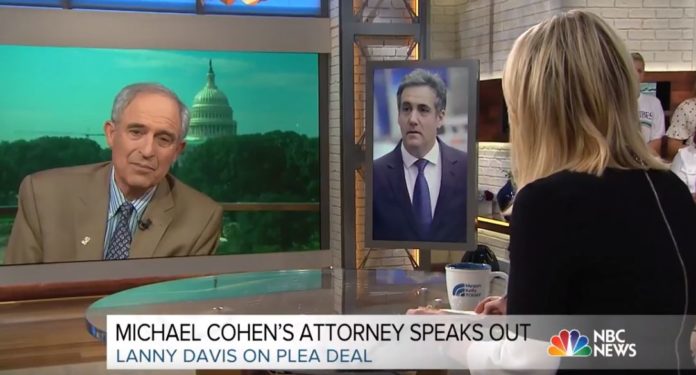 NEW YORK — (Scroll Down For Video) — Michael Cohen’s attorney, Lanny Davis, has been on multiple networks the the past 24 hours making the case for his client and explaining why he accepted a deal to plead guilty on eight counts of multiple violations.

A the end of his appearance on Megyn Kelly Today, Davis made an appeal to the viewers to donate to Michael Cohen. But in his statement, Davis read the wrong URL.

“Could I take one opportunity to remind everyone that Michael Cohen has suffered a tragic and difficult experience with his family,” Davis said. “He’s without resources, and we’ve set up a website called michaelcohentruth.com, that we’re hoping that he will get some help from the American people so he can continue to tell the truth.”

If one clicks on the URL he mentioned “michaelcohentruth.com“, they are immediately rerouted to donaldjtrump.com.

What he meant to say was michaelcohentruthFUND.com which redirects you to a GoFundMe page asking for donations.

The page, hosted late Tuesday on crowdfunding site GoFundMe, promises that all donations will go “to help Michael Cohen and his family as he goes forward on his journey to tell the truth about Donald Trump.”

It should be noted, that the crowd booed and laughed at Davis as he made the announcement on Kelly’s show.