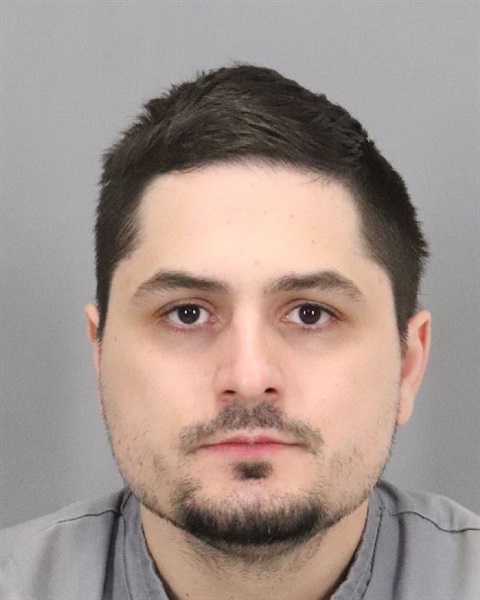 Palo Alto, CA – Police have arrested the suspect who fired at least two rounds during a drive-by shooting at Stanford Shopping Center that occurred yesterday afternoon. No people were struck by the gunfire, which hit the window of a restaurant and an unoccupied parked vehicle nearby. Police booked the suspect for attempted murder and shooting at an occupied building.

On Monday, November 21, 2022, at about 4:25 p.m., our 24-hour dispatch center received a call from an employee of Fleming’s Prime Steakhouse at Stanford Shopping Center, located at 180 El Camino Real, stating that the building had been struck by a bullet. Officers responded immediately and confirmed that a large plate glass window near the front door had been struck by gunfire. The restaurant was open for business at the time, and customers were inside. No one was injured.

The ensuing investigation revealed that two bullet casings from a handgun were found on the east side of the 100 block of El Camino Real. Police located a witness who reported seeing the suspect extending a handgun out the driver’s window of a black Chevrolet Camaro as it headed northbound on El Camino Real in front of the restaurant. The witness could not describe the suspect. Police later located an unoccupied parked vehicle near the restaurant that had also been struck by a handgun round.

Detectives were able to identify the suspect as 32-year-old Zachary Michael Ginsberg of San Jose. Ginsberg was an ex-employee of Fleming’s Prime Steakhouse who had recently been sending threatening text messages to his former supervisor as a result of an interpersonal conflict. On the morning of Tuesday, November 22, detectives obtained a warrant for Ginsberg’s arrest for attempted murder and shooting at an occupied building, both felonies.

At about 9:55 a.m., detectives arrested the suspect without incident pursuant to the warrant in the 2600 block of Augustine Drive in Santa Clara. Police also processed his car, a black 2018 Chevrolet Camaro, for evidence at that location. Detectives then served a search warrant at the suspect’s home in the 300 block of Crescent Village Circle in San Jose and recovered the firearm (a 9mm unregistered polymer handgun, commonly known as a “ghost gun”) police believe was used in the crime.

Police booked the suspect into the Santa Clara County Main Jail pursuant to the arrest warrant. His booking photograph appears above.

Police believe the suspect was acting alone, and there is no evidence that anyone else was in his vehicle with him during the crime. The suspect’s former supervisor was at work at the restaurant at the time of the shooting.