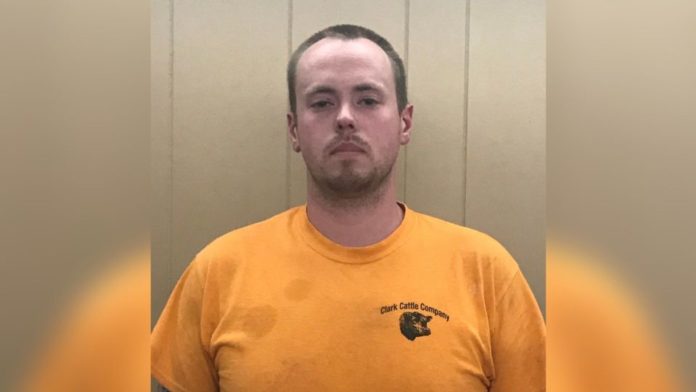 DRESDEN, Tennessee – A fire investigation by special agents with the Tennessee Bureau of Investigation, the Bureau of Alcohol, Tobacco, Firearms and Explosives, and the Weakley County Sheriff’s Office into a fire at a Weakley County church has resulted in the arrest of a former Dresden volunteer firefighter on an arson charge.

On Wednesday, TBI assistance was requested by the Weakley County Sheriff’s Office in the investigation of an Easter Sunday fire at New Salem Presbyterian Church along Highway 89 in Sharon. During the course of the investigation, with the assistance of the Dresden Fire Department, agents determined the fire had been intentionally set and that Codie Austin Clark (DOB: 6/20/95) of Sharon was the individual responsible. The Dresden Fire Department had been conducting an internal investigation involving Clark following a series of recent fires in the area.

Clark was arrested on one count of Arson of a Place of Worship and booked into the Weakley County Jail. He is being held without bond.

The TBI did not reveal a possible motive for the crime.