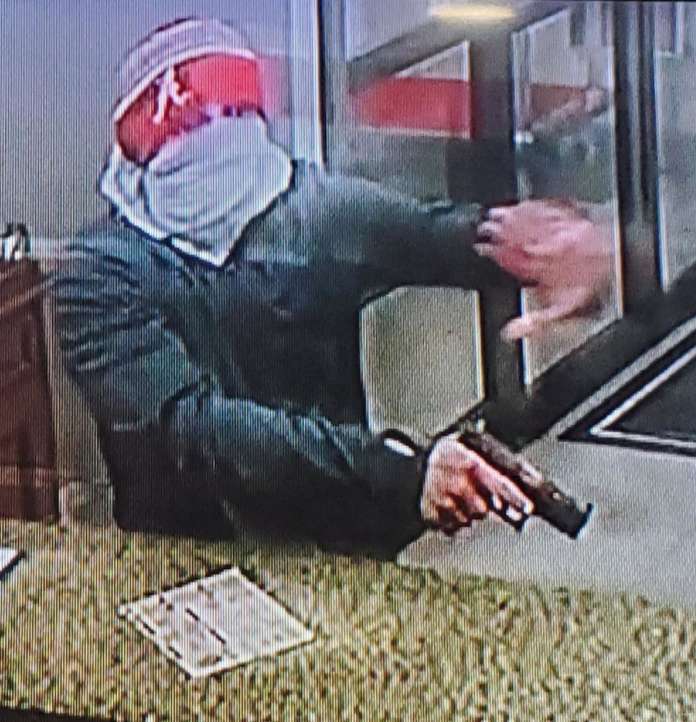 Paducah, Kentucky police are seeking the public’s help in identifying a man who robbed the Country Inn and Suites Monday night.

An employee told police the man came in and brandished a handgun, demanding money. The clerk eventually threw money on the counter and the robber placed his gun on the countertop to put the money into a plastic bag. The clerk grabbed the gun and pointed it at the robber and he fled. He came back inside the business, and the clerk again pointed the gun at him. The robber then turned and fled in a dark-colored passenger car.

The handgun was recovered at the scene. The white shirt and sock hat were recovered nearby on McBride Lane. Paducah police detectives are investigating.