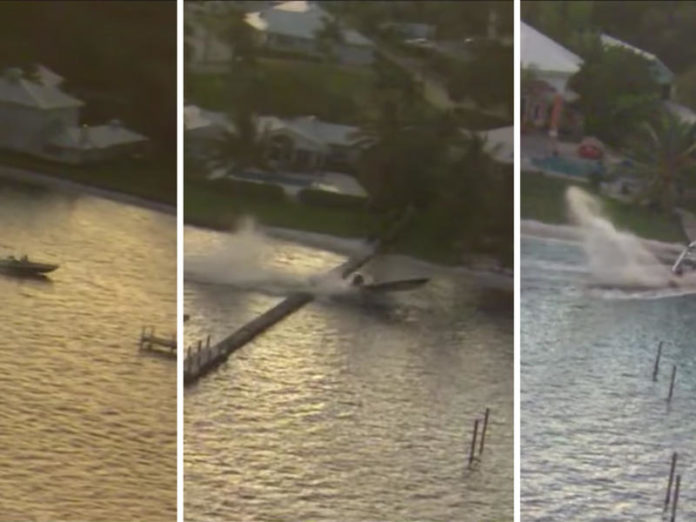 STUART, Fla. — Three people reportedly doing a photo shoot aboard a boat—somehow fell overboard leaving the 24-foot vessel unmanned and out of control.

The incident happened late Friday in the St. Lucie River, just south of the Stuart Causway. The three male occupants told MCSO Marine Deputies that they were forced to dive underwater numerous times, because the boat continued to circle around nearly running them over. They said the vessel eventually straightened itself out—then traveled at a high rate of speed hitting a concrete dock near the 1500 block of St. Lucie Boulevard. It then went airborne and hit a second dock before coming to a stop. MCSO Air-1 Pilot Justin Lundsteadt stayed over the vessel to direct marine units to the passengers. Meanwhile, Chief Pilot, Deputy Doug Newsom captured this unbelievable video.

3 people conducting a photoshoot on a boat in a busy Florida river fell overboard Saturday, leaving the vessel unmanned and out of control.

The boat traveled at a high rate of speed hitting a concrete dock. It then went airborne and hit a second dock before coming to a stop. pic.twitter.com/7mMyCsVhZr

The occupants were able to swim to a nearby sailboat. One of the men suffered minor injuries. No other injuries were reported. The investigation into the cause of the incident has been turned over to FWC.