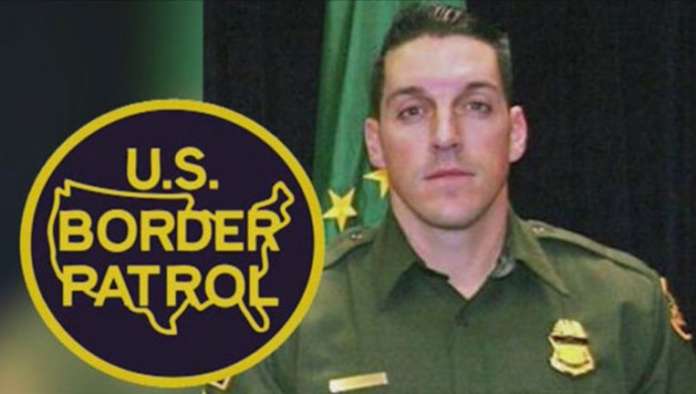 TUCSON, Arizona – Heraclio Osorio-Arellanes was sentenced in federal court today to life in prison for his role in the murder of 40-year-old U.S. Border Patrol Agent Brian Terry on December 14, 2010.

On February 12, 2019, a federal jury found that Osorio-Arellanes, 41, was part of an armed crew of bandits that murdered Agent Terry while they were attempting to rob drug smugglers transporting drugs from Mexico into the United States. Osorio-Arellanes was convicted of nine counts, including first degree murder, second degree murder, conspiracy to commit robbery, attempted robbery, assault on four Border Patrol Agents and carrying a firearm during a crime of violence. Osorio-Arellanes is the sixth of seven defendants in this case to be convicted and sentenced to date.

“Brian Terry exemplified the very best of law enforcement: A selfless, determined agent who was committed to protecting the people of the United States,” said U.S. Attorney Robert Brewer of the Southern District of California. “The United States has vigorously pursued justice for Agent Terry’s family and for the men and women of the U.S. Border Patrol. A life sentence for Agent Terry’s murder cannot eliminate his family’s suffering. But it is our hope that this sentence brings some degree of comfort to Agent Terry’s family in knowing that the individuals responsible for his murder will be held accountable.”

“Today’s sentencing reflects the FBI’s unwavering commitment to ensure that all those responsible for the death of U.S. Border Patrol Agent Brian Terry are brought to justice,” said Sean Kaul, Special Agent in Charge of the FBI Phoenix Field Office.

“Today brings us one step closer to justice for Agent Brian Terry’s murder,” said Tucson Sector Chief Roy Villareal. “The sentencing brings a painful time closer to an end and serves as a reminder of the grave dangers our agents face in their selfless commitment to the safety of their communities and country.”

According to the evidence presented at trial, on December 14, 2010, Agent Terry’s elite Border Patrol BORTAC unit was in a rural area north of Nogales, Arizona, to interdict an armed “rip crew” that was robbing drug traffickers. The BORTAC team observed a group of five bandits armed with assault rifles walking through a wash. The BORTAC agents announced their presence, and the bandits fired on the agents. The agents returned fire. A bullet fired by one of the bandits struck Agent Terry in the lower back. His fellow agents provided first aid, but Agent Terry was fatally injured.

Heraclio Osorio-Arellanes, also known as Jesus Lionel Sanchez Meza and Lionel Portillo-Meza, is one of seven defendants charged in the District of Arizona with murder and other crimes arising from the murder of Agent Terry. Osorio-Arellanes was taken into custody in 2017 by Mexican authorities in Chihuahua, Mexico based on a provisional arrest warrant issued at the request of the United States. He was transported to Mexico City for extradition proceedings and arrived in the United States on August 1, 2018.

Terry’s death exposed the “Fast and Furious” operation, in which U.S. federal agents allowed criminals to buy firearms with the intention of tracking them to criminal organizations.

Defendants Ivan Soto-Barraza and Jesus Lionel Sanchez-Meza were arrested in Mexico and subsequently extradited to the United States in 2014. They were convicted by a jury of first degree murder and other offenses in December 2015 following a jury trial and were sentenced to life in prison.

Defendant Rito Osorio-Arellanes pleaded guilty to conspiracy to interfere with commerce by robbery and was sentenced to 96 months in prison.

Defendant Jesus Favela-Astorga was arrested by Mexican authorities in November 2017 pursuant to a provisional arrest request filed by the United States Government. He is pending extradition to the United States and will be tried for Agent Terry’s murder following his extradition.