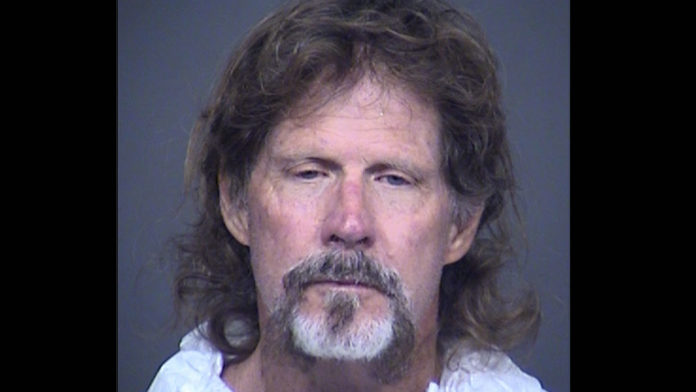 MESA, AZ – A man has been arrested after police say he fatally shot his 19-year-old son in Mesa Sunday.

Mesa Police Officers responded to a 911 call of a shooting in the 3300 block of East Jerome to find 19-year-old Adam Williams with multiple gunshot wounds.

The victim’s father, 61-year-old, Jeffrey Williams, was arrested and booked into jail for murder.

Police say around 12:30 p.m., the father called 911 and said that he had shot his son. When officers arrived, Jeffrey surrendered to police without incident. A witness was located from inside the house and confirmed what Jeffrey had told the officers, adding that Adam could be found lying in his own bed. Adam was later pronounced dead at a local hospital.

Jeffrey Williams said his son became aggressive so he grabbed a gun from under the couch. Police said Jeffrey Williams couldn’t recall if his son’s eyes were open while lying in bed before shooting.

Earlier this month, on Dec. 11, Mesa police said they were dispatched to the same home in response to a behavior health call involving the son. Police were cleared from the scene and a crisis response organization took over.

Jeffrey was booked into jail for one count 1st Degree Murder, a class one felony and held on a $1,000,000 bond.