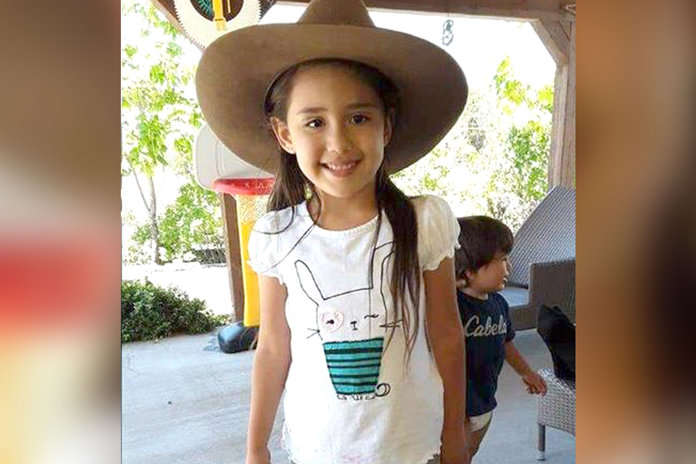 ALBUQUERQUE—U.S. Attorney John C. Anderson, Special Agent in Charge James C. Langenberg of the FBI Albuquerque Division, and Rio Arriba County Sheriff James D. Lujan announced that the FBI has assumed the lead in the investigation into the death of Renezmae Calzada, 5, whose body was found in the Rio Grande River in Rio Arriba County, New Mexico, on September 11, 2019.

“The FBI is thoroughly investigating the disappearance and tragic death of Renezmae Calzada,” said U.S. Attorney Anderson. “The U.S. Attorney’s Office is supporting the FBI in this ongoing criminal investigation and exhaustive search for evidence. If any federal crimes have been committed, we will pursue justice to the fullest extent of the law.”

“The FBI will continue to work closely with the Rio Arriba County Sheriff’s Office and our other partners in the investigation of this case,” said Special Agent in Charge Langenberg. “We will pursue every lead and use all our resources to find out what happened to Renezmae.”

“The Rio Arriba Sheriff’s Office fully supports the FBI taking over the case and dedicating its significant resources to this important investigation,” said Sheriff Lujan. “We are grateful to all the agencies that have assisted us and, of course, our community in its support. Ultimately, we are committed to make sure this little angel gets justice.”

The FBI’s jurisdiction is based on the location of the area in which the child went missing and any alleged crimes may have occurred, which appear to be within the boundaries of Santa Clara Pueblo, and the child’s affiliation with the Pueblo. The FBI is responsible for investigating serious crimes on Native American reservations and pueblos.

Renezmae’s death is considered suspicious although autopsy results are not yet available. She was reported missing on September 8, 2019 and was the subject of an Amber Alert.

Anyone with information on what happened to Renezmae Calzada is asked to call the FBI at 1-800-CALL-FBI.