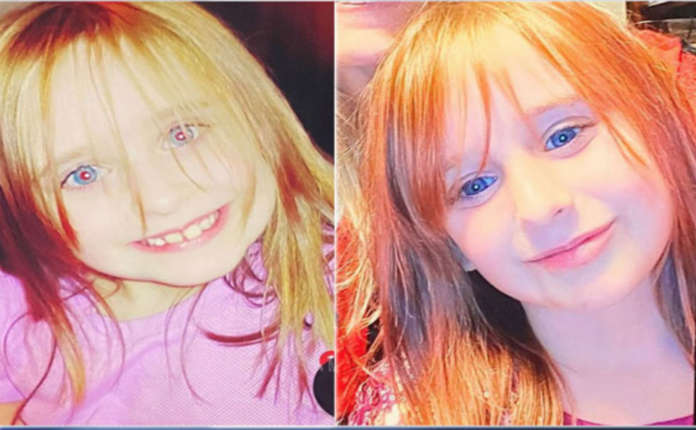 CAYCE, S.C. – The family of a missing 6-year-old South Carolina girl is desperate to find her after she mysteriously disappeared in front of her own home.

It has been two days since Faye Swetlik was last seen. Every door in her Churchill Heights neighborhood has been knocked on and houses searched. Hundreds of hours of video have been reviewed and cops released video of her getting off the bus at her home where she vanished.

Hundreds of officers from agencies statewide have been involved in searching for Faye. The FBI has also joined in the effort. 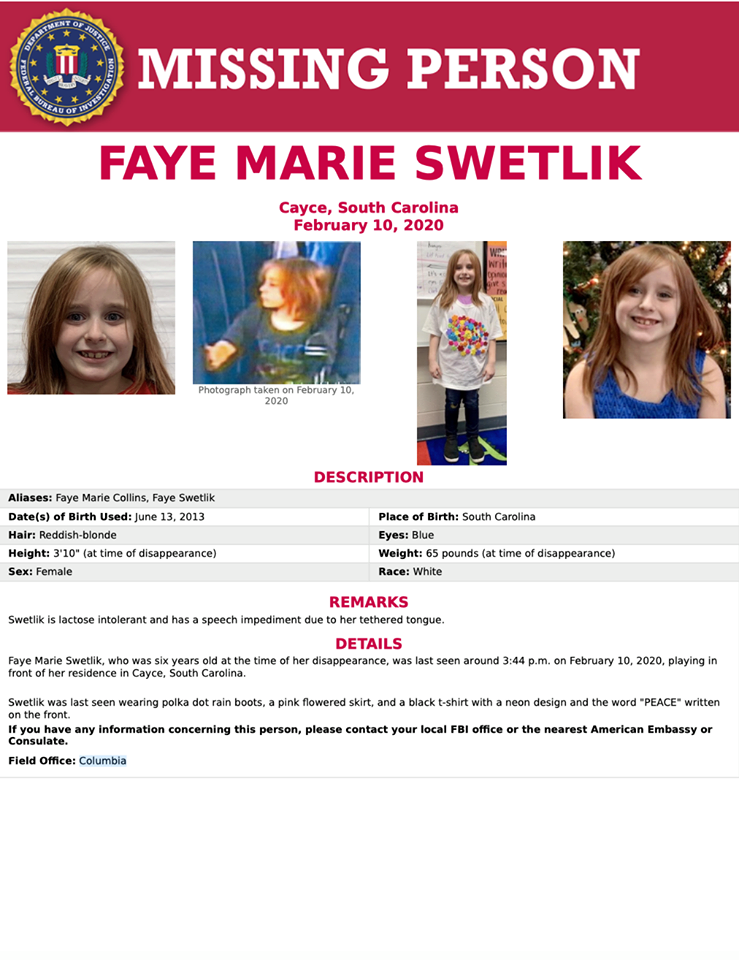 Faye is described as a bubbly, energetic first grader at Springdale Elementary School that loves dresses, fancy shoes, loves her family and loves playing outside. Faye recently got a haircut and as she stepped off her school bus yesterday after school, she was wearing a black shirt that had the word “PEACE” on it. She has not been seen since.

An Amber Alert has not been issued because this case so far does not meet the federally mandated guidelines.

For an Amber Alert to be issued, law enforcement should have evidence that an abduction has occurred and have enough information to share which would aid in the recovery of a child. 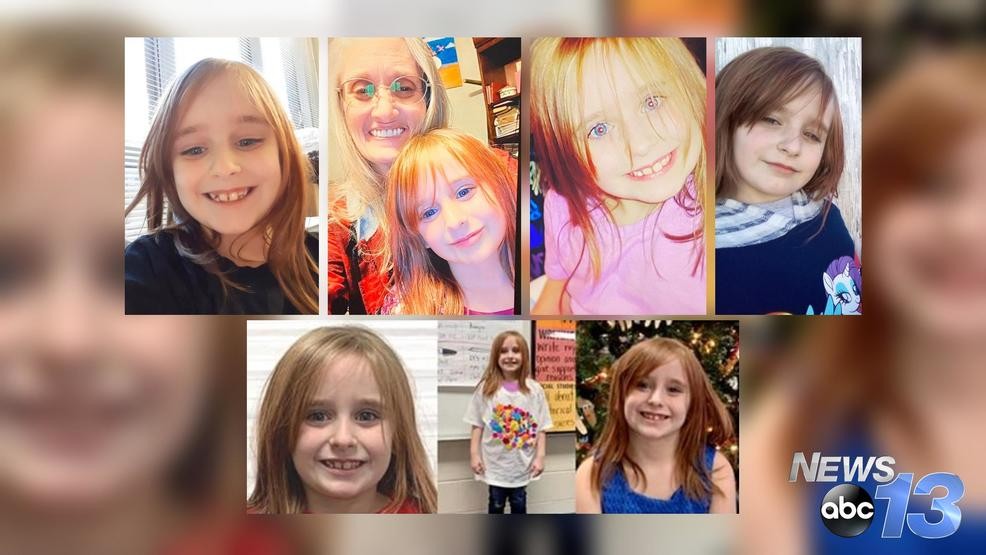