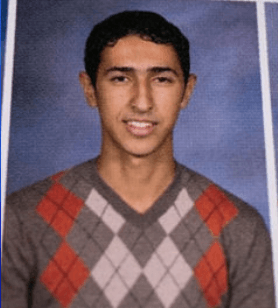 PITTSBURGH – A federal grand jury on July 17 returned a three-count indictment (the Indictment) against Mustafa Mousab Alowemer, 21, of Pittsburgh, Pennsylvania, in connection with his planned attack on a Christian church in Pittsburgh. The Indictment charges Alowemer with one count of attempting to provide material support and resources to the Islamic State (ISIS), a designated foreign terrorist organization, and two counts of distributing information relating to an explosive, destructive device, or weapon of mass destruction.

Alowemer was initially arrested on a Complaint on June 19, 2019, and appeared before Chief U.S. Magistrate Judge Cynthia Reed Eddy. Alowemer was ordered detained and has been in federal custody since his arrest.

As alleged in the Indictment and complaint:

The FBI Pittsburgh JTTF investigation of Alowemer revealed that Alowemer plotted to bomb a church located on the North Side of Pittsburgh, Pennsylvania (the Church), using a weapon of mass destruction (i.e., an explosive device). According to Alowemer, his motivation to detonate a device at the Church was to support the cause of ISIS and to inspire other ISIS supporters in the United States to join together and commit similar acts in the name of ISIS. Alowemer also targeted the Church in order to “take revenge for our [ISIS] brothers in Nigeria.” Alowemer was aware that numerous people in the proximity of the Church could be killed by the explosion.

According to the complaint, Alowemer was born in Daraa, Syria, and has resided in the United States since August 2016.

In furtherance of the plot to bomb the Church, in May 2019, Alowemer distributed multiple instructional documents related to the construction and use of explosives and improvised explosive devices (IEDs) to an individual Alowemer believed to be a fellow ISIS supporter, but who was in fact an FBI employee. Alowemer distributed these documents with the intent that the information be used in the assembly of a destructive device and in furtherance of conducting an attack in support of ISIS. In or around June 2019, Alowemer purchased several items with the belief that they were necessary to assemble a destructive device and with the

intention that they be used to construct the explosives that would be detonated in the vicinity of the Church.

Between April 16 and June 11, Alowemer met four times in person with an FBI Undercover Employee (UCE) and/or an FBI Confidential Human Source (CHS). At the June 11 meeting with the UCE and CHS, Alowemer provided additional details about the bomb plot and provided the materials, including boxes of nails, he had purchased for construction of the device. Alowemer provided two printed copies of detailed Google satellite maps, which included hand-written markings identifying the Church and routes of arrival and escape. Alowemer also wrote and provided a 10-point handwritten plan (“Confirmation of this operation”) outlining details related to his plot to personally deliver explosives in a backpack. Alowemer expressed a desire to meet one more time to conduct planning and coordination prior to carrying out the attempted bombing in July 2019. That meeting was later scheduled for June 19 in the Pittsburgh area, at which time Alowemer was arrested.