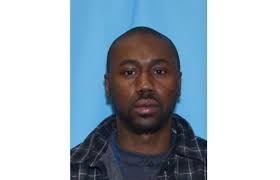 On September 13, 2016, Tommy Rumph, shot and killed his co-worker, Treavonne Owens. Rumph claimed that Owens came to his house unannounced at approximately 3 a.m. Rumph told police he had a “side hustle” selling cocaine in order to pay bills because his girlfriend was too pregnant to work. Rumph implied that Owens was looking for cocaine because he had given Owens some cocaine in the recent past. Rumph indicated he and Owens got into a verbal argument outside the residence and Owens followed him back inside the home. The discussion originally centered on work matters but turned to issues of “disrespect” and cocaine. Owens eventually left the residence. At approximately 6 a.m. Owens came back to Rumph’s residence along with Lucky Guerrero and Ta’Lora Thompson. Rumph and Owens continued their earlier argument about “disrespect” and money owed for cocaine.

Treavonne Owens left Rumph’s residence once again, but this time for the last time. Rumph, armed with a .45 caliber handgun, followed Owens outside as Owens was driving away. Owens stopped his car at the intersection of 15th Avenue and E Street, got out and met Rumph in the street. The two men were yelling at each other. According to Rumph, Owens pushed him in the chest, and he “blanked out” and shot Owens. Treavonne Owens died in the middle of E Street across from Central Middle School. No witness saw Owens push Rumph. No weapon was recovered on Owens.

Rumph, a convicted felon, left the gun in his residence and fled the area on foot. Rumph’s friend, Marcus Wright also fled after the shooting. Ta’Lora Thompson and Lucky Guerrero stayed with Owens’ body. Rumph began “live streaming” on Facebook a number of statements about the killing. Rumph was apprehended a short time later by police.