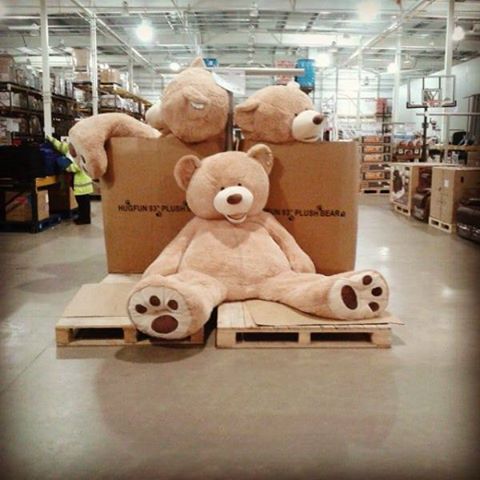 WASHINGTON — News Release / Pierce County Sheriff — On the afternoon of Thursday March 9, two Department of Corrections officers conducted a compliance check on a subject who was on active DOC supervision at a residence on 28th Ave. E. in the Brookdale area of Tacoma. The deputies in our Gang Unit assisted in the compliance check because DOC had information that another person living in the residence had an active felony warrant for his arrest.

When deputies entered the residence they were told the wanted man was in the house. As they walked through the house, deputies initially did not see the see the suspect… but they did see a giant 6 foot tall stuffed teddy bear in the corner of one of the bedrooms… and the suspect was crouched down hiding behind it.

The suspect was ordered to show his hands and come out from behind the teddy bear. After refusing to obey repeated commands, the suspect was taken to the ground by our deputies and handcuffed.

Because the arrested suspect was also on active DOC supervision officers conducted a search of his bedroom; they located numerous used syringes, a bag of miscellaneous prescription pills, and a small baggy containing heroin. They also searched a jacket found in the bedroom; inside the pockets they located an EBT card with the arrestee’s name on it and a fully loaded revolver containing hollow point style ammunition. The revolver was later determined to have been stolen during a vehicle prowl at a Puyallup auto repair shop in December of 2016.