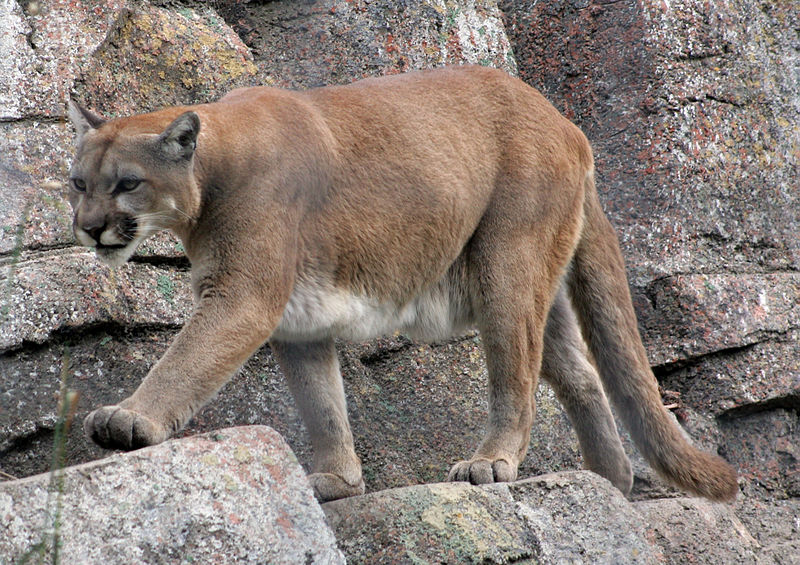 A Kentucky Department of Fish and Wildlife officer killed a mountain lion on a farm in Bourbon County on Monday. This marked the state’s first confirmed sighting of a mountain lion since before the Civil War, explained Mark Marraccini, spokesman for the agency.

Mountain lions, also referred to as pumas, our cougars, were once native to Kentucky but were killed off more than 100 years ago, Marraccini said.

They are the largest cats in North America and can measure up to eight feet from head to tail. They can weigh up to 180 pounds.

A farmer spotted first spotted the mountain lion in a tree and decided to notify the department.

Marraccini said that the wildlife officer shot the mountain lion because it was nearing 5:30 p.m. and getting dark. The officer was afraid that the cat would get away into the darkness and be a danger to people in the nearby city of Paris.

“If that cat had left that tree, it would have disappeared into the brush and it was a fairly populated area,” said Marraccini. He said that it would have taken many hours into the night before a state veterinarian would be able to retrieve a tranquilizer from her safe and return to the scene, had wildlife officials chosen that option.

Marraccini said that the state will perform a necropsy on the cat on Tuesday to see if it was a wild cat or a former pet that had escaped or been released.

More at the Courier-Journal