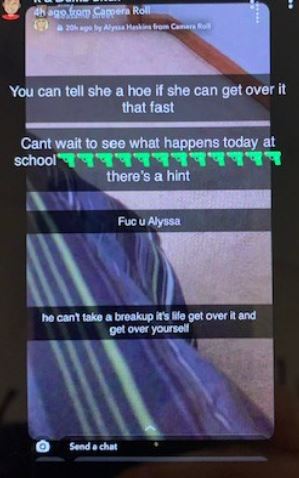 PINELLAS COUNTY, Fla. — School Resource Officers have arrested a Seminole Middle School student for threatening a shooting at his school.

According to investigators, 12-year-old Silas Rivero sent a SnapChat to other users saying, “Can’t wait to see what happens today at school” followed by 12 green pistol emojis. That statement was followed by, “Here’s a hint.”

Deputies received a tip from another student containing a screenshot of the post and advised deputies of the student’s identity. Investigators and school administrators removed the student from class and he later admitted to sending the Snap. He said he was upset of the recent break-up and didn’t mean what he said.

Rivero was arrested and transported to the Pinellas Juvenile Assessment Center charged with False Report Concerning the Use of Firearms. Deputies made contact with Rivero’s parents who advised he does not have access to any firearms.