PALM COAST, Fla. – (FCSO) – On Tuesday, September 7, 2021, the Flagler County Sheriff’s Office (FCSO) executed a Search Warrant for 17 Blasdell Court in Palm Coast, resulting in the seizure of 916 grams of fentanyl. The owner of the home, identified as Brian Pirraglia and a tenant of the home, Michael Connelly, were arrested on various Drug Paraphernalia charges.

Connelly resides at the home and was located in the front right bedroom of the home. During the search, 41.2 grams of Sulfamethoxazole and Trimethoprim, a prescription-only narcotic, were recovered, as well as used hypodermic syringes, multiple spoons with white powdery residue, a silicone smoking pipe with burnt cannabis residue, and multiple glass containers with residue.

Pirraglia was located in the master bedroom of the home. During the search of the bedroom, deputies recovered multiple used hypodermic syringes, multiple spoons with white powdery residue, a glass vial and metal grinder located in a black backpack on the floor, and multiple plastic bags with residue. During a search of the kitchen, deputies recovered a large plastic baggie containing 510 grams of fentanyl and a plastic jar labeled “Protein” containing 406 grams of fentanyl. Upon questioning, Pirraglia stated the white powdery substance in the plastic jar was “Protein” and that the plastic baggie was a gift from his neighbor and he was unaware of the contents. Pirraglia advised he does not allow drugs to be sold in his home.

“These two are frequent guests at the Green Roof Inn and have yet to learn their lesson,” Sheriff Staly said. “Between these two poison peddlers, they had enough fentanyl to kill 481,000 people, which is more than the population of Flagler and St. Johns County combined! This is another great job by our Special Investigations Unit. I’m proud of their persistence to get 916 grams of poison off our streets and of our SWAT team that safely served the search warrant.” 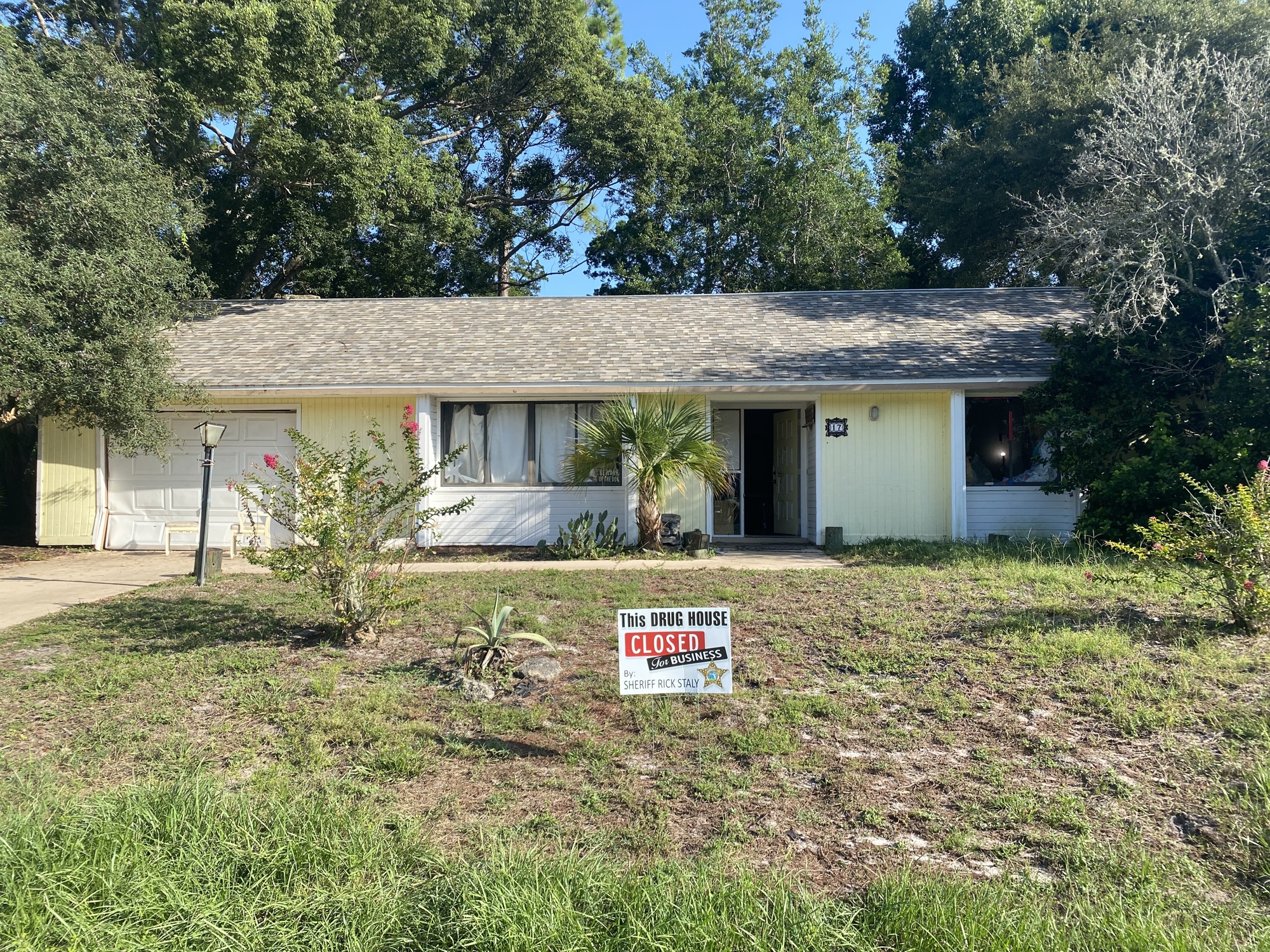