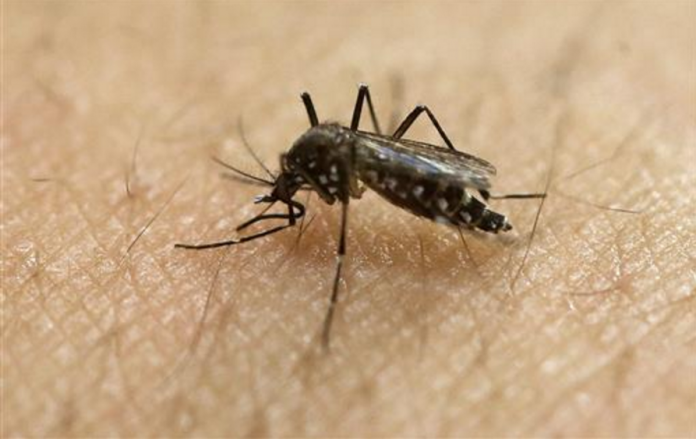 Florida officials on Friday announced the first local spread of Zika virus through infected mosquitoes in the continental United States.

Gov. Rick Scott made the announcement during a press conference Friday after a health department investigation into four suspected cases in Miami-Dade and Broward counties. He said transmission was confined to a small neighborhood just north of Miami.

“We learned today that four people in our state likely have the Zika virus as a result of a mosquito bite,” he said. “All four of these people live in Miami-Dade and Broward Counties and the Florida Department of Health believes that active transmissions of this virus could be occurring in one small area in Miami.”

Scott said state officials continue to “put every resource available into fighting the spread of Zika in our state,” adding that Florida as been preparing for this type of situation for months, much in the way it prepares for hurricanes.

The announcement has been expected since officials revealed a week ago that they were investigating case of non-travel-related infection. They subsequently acknowledged an additional case in Miami-Dade County and two more suspect cases in neighboring Broward County. However, no mosquitoes have yet tested positive for the virus.

The risk of a local Zika outbreak prompted the Food and Drug Administration on Wednesday to direct all blood collection centers in Miami-Dade, Broward and surrounding areas to stop accepting donations until the blood can be tested for the virus.

In a statement Friday, the main organization collecting blood in Florida said that, effective immediately, all blood collections in its service area in Florida, Georgia, Alabama and South Carolina will be tested for the virus using an experimental donor-screening test. It said operations remain business as usual.

Florida, Texas and other parts of the Gulf Coast are considered at highest risk for local spread of the mosquito-borne virus. The region is home to the Aedes aegypti mosquito, the primary vector for transmitting Zika. Both states have had local cases of dengue and chikungunya, related viruses that are spread by the same mosquito species.

Florida already has 383 travel-related Zika cases, more than any other southern state. Of those, 55 involve pregnant women. Miami-Dade has 96 travel-related cases, the most in the state.

“We know this virus is most detrimental to expecting mothers,” Scott said. “If you are pregnant or thinking of becoming pregnant and live in the impacted area, I urge you to contact your OB/GYN for guidance and to receive a Zika prevention kit. I also ask every Floridian to take proper precautions by eliminating any standing water and wearing insect repellent.”

In Miami, officials have been spraying in targeted neighborhoods and trapping mosquitoes, as well as going door to door to interview and and collect blood and urine samples from more than 200 people to test for the virus. They also distributed Zika-prevention kits and repellent to local obstetrician offices and at local county health offices.

In the wake of the recent cases, officials also trapped numerous mosquitoes and sent them to a lab for testing, said Gayle Love, a spokeswoman for Miami-Dade County Solid Waste Management. “Those mosquitoes came back negative [for Zika],” Love said. Even so, experts say that finding a virus present in specific mosquitoes can be a needle-in-a-haystack endeavor.

The Centers for Disease Control and Prevention recommends that pregnant women or women thinking about becoming pregnant postpone travel to Zika-affected regions. The virus is linked to microcephaly and other serious birth defects.

Federal health officials have said they would send a rapid-response team to any community on the mainland and in Hawaii where Zika begins to be transmitted locally – even if only a single case of infection is confirmed. CDC also is prepared to deploy experts to help state and local authorities in monitoring cases, performing laboratory tests and increasing mosquito control as part of a multilevel response plan. The teams of 10-15 people will go only if invited by the state.

The area seeing Zika transmission is about a one-mile-long stretch in North Miami, officials said. According to Census data, it is home to about 30,000 people, many of them black and Hispanic. More than a third of residents in the area are foreign-born, and more than 40 percent of them live below the poverty level, according to government data.