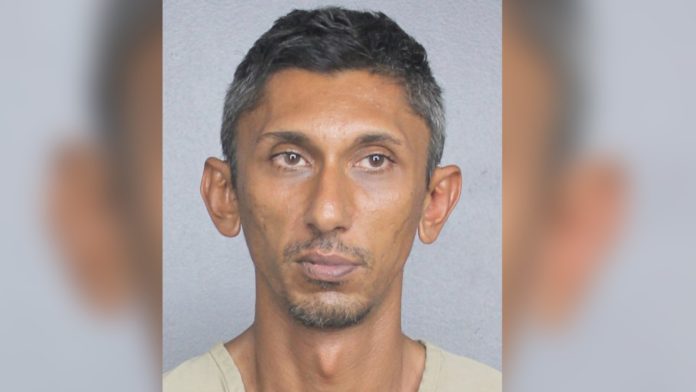 WILTON MANORS, Florida — The ex-boyfriend of a man found dead inside a burning Wilton Manors home was taken into custody over the weekend facing charges for his murder.

After reviewing evidence and witness statements in the case, Broward Sheriff’s Office homicide detectives issued a warrant for the arrest of Michael Mitchell, 38.

Detectives say John Young, 40, and Mitchell had recently broken up, but the relationship left behind a well-documented history of domestic abuse. On May 9, they say Mitchell showed up to Young’s apartment at 201 N.W. 25th St. in Wilton Manors, killed him and set the unit on fire.

Just before 8 p.m. that day, Fort Lauderdale Fire Rescue and Wilton Manors police officers responded to the fire. As crews were extinguishing the flames, they discovered Young’s body inside the apartment. Young was pronounced dead at the scene.

On Saturday, May 11, Mitchell was located in the 800 block of Northeast 39th Street in Oakland Park and was taken into custody without incident. He has been booked into the BSO Main Jail, facing one count of first degree murder and one count of arson in the first degree.