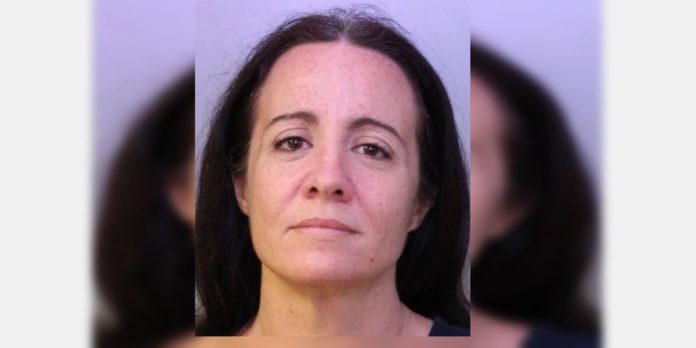 The Polk County Sheriff’s Office arrested a middle school teacher early Tuesday morning, January 12, 2021, after she was found asleep in a car.

40-year-old Robin Ramos was arrested on drug charges around 1:00 am, in the parking lot of a RaceTrac store at 6650 Hwy 98 North in Lakeland.

Ramos is employed as a teacher at Kathleen Middle School. Their website shows Ramos is a 6th Grade Math teacher.

According to the arrest affidavit, as the deputy pulled into the parking lot, she noticed that Ramos appeared to be asleep in the driver seat of a silver Nissan Altima, so the deputy checked to make sure she was well.

Once awakened, Ramos told the deputy that she was waiting for someone to come drive her home since she doesn’t have a driver’s license.

The keys to the car were not located. However, a syringe containing a clear liquid was found on the passenger seat of the car. Additionally, a metal spoon encrusted with a white crystal-like substance was also found in the car. Field testing of both items indicated that the substances were methamphetamine.

Ramos admitted to the deputy that she occasionally does meth, but she denied taking any today.

“The parents of this woman’s students must be shocked and angry. It shocks and angers me, and I don’t have any children in her class. We also arrested her last May for DUI, so this makes the second school employee we’ve arrested in as many weeks who has a prior criminal history. That is completely unacceptable.” – Grady Judd, Sheriff.

Robin Ramos was transported to the Polk County Jail and charged with Possession of Methamphetamine and Possession of Drug Paraphernalia.

The investigation is ongoing and additional charges are possible.