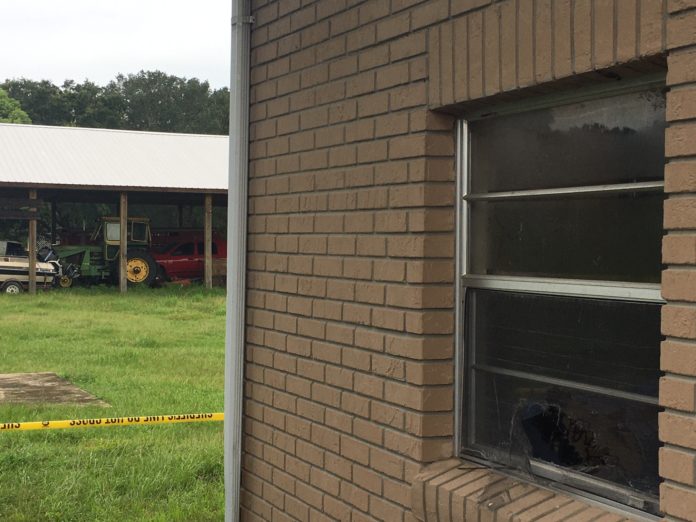 POLK COUNTY, Fla. – During the late evening hours of Friday, August 21, 2020, four friends (two men and two women) went to a pool hall in Lakeland to hang out. They left the pool hall and went to a liquor store where they purchased a bottle of whiskey, then drove to a house on Ellie Road in Auburndale. The house belonged to one of the two women. They arrived around 3:30 a.m. on Saturday, August 22, 2020.

Around 6:00 a.m., the other woman (not the homeowner) and her live-in boyfriend – 34-year-old Joshua Mathieu – got into a heated argument. Mathieu’s friend (witness) told Mathieu that they needed to leave, in an attempt to de-escalate the argument. The two men left, but Mathieu, who was still angry, decided he was going back to the house because he wanted his girlfriend to come home with him.

Mathieu immediately began banging and kicking the front door, demanding that his girlfriend come out. He then went to the car, where the witness was still sitting and observing everything, and got a tire iron. He used the tire iron to break out a front window on the house, screaming and irate, and threatening to kill the two women inside.

The homeowner retrieved her handgun, and fired towards the suspect, who was forcibly breaking into the house. She then called 911. When first responders arrived, Mathieu was deceased.

Joshua Mathieu has a criminal history dating back to 2010, including several battery arrests (in 2013, 2015, and 2019), two burglaries, and several disorderly conduct arrests. The investigation is ongoing.