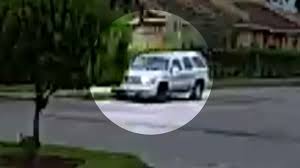 Pompano Beach, FL. — Homicide detectives are investigating the death of a woman who was shot and left on the side of the road Friday night in Pompano Beach.

The victim, later identified as Cassandra Fair, was found shortly before 7:30 p.m. on July 12. Homicide detectives said Fair, 30, was the right front passenger in a vehicle traveling north on Northwest 18th Drive. At some point, someone in the vehicle repeatedly shot her.

Detectives said Fair either jumped from or was pushed out of the vehicle in the 1400 block of Northwest 18th Drive. Witnesses saw a Cadillac Escalade leaving the area and found the victim lying on the side of the road.

Investigators have recovered a beige 2004 Cadillac Escalade that may have been involved. Anyone with information on this case or the person responsible for Fair’s death is asked to contact BSO Homicide Detective Zachary Scott at (954) 321-4162 or call Broward Crime Stoppers, anonymously, at (954) 493-TIPS (8477) or online at browardcrimestoppers.org.