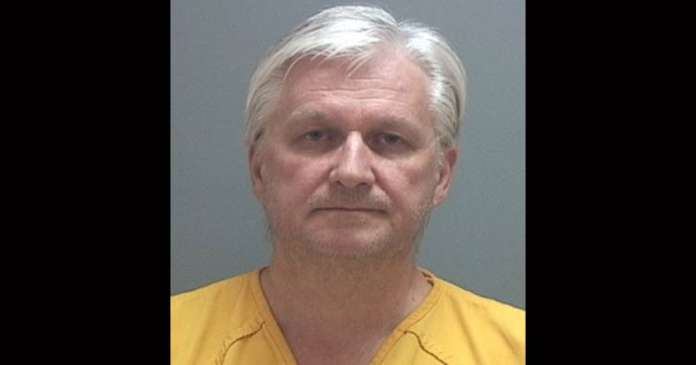 Ron Rockwell Hansen, 60, of Syracuse, Utah, was arrested June 2, 2018, on his way to the Seattle-Tacoma International Airport in Seattle, Washington, as he was preparing to board a flight to China while in possession of SECRET military information.

“One of three ex-US intelligence officers recently convicted of acting on behalf of the People’s Republic of China, Ron Rockwell Hansen received hundreds of thousands of dollars for betraying his country and former colleagues,” said Assistant Attorney General of National Security John C. Demers. “These cases show the breadth of the Chinese government’s espionage efforts and the threat they pose to our national security. Our intelligence professionals swear an oath to protect our country’s most closely held secrets and the National Security Division will continue to relentlessly pursue justice against those who violate this oath.”

“The Chinese government continues to attempt to identify and recruit current and former members of the United States intelligence community. This is a very troubling trend. These individuals must remain vigilant and immediately report any suspicious activity. The Hansen case is an example of what will happen to those who violate the public’s trust and risk our national security by disclosing classified information,” said U.S. Attorney John W. Huber for the District of Utah.

“Ron Hansen was willing to betray his oath and his country for financial gain,” said Special Agent in Charge Paul Haertel of the FBI’s Salt Lake City Field Office. “This case brings to light that not all spies are foreign adversaries. Insider threats pose a significant national security risk, and the FBI will continue to aggressively investigate those who put our country and citizens at risk.”

Hansen retired from the U.S. Army as a Warrant Officer with a background in signals intelligence and human intelligence. He speaks fluent Mandarin-Chinese and Russian, according to court documents. Upon retiring from active duty, DIA hired Hansen as a civilian intelligence case officer in 2006. Hansen held a Top Secret clearance for many years, and signed several non-disclosure agreements during his tenure at DIA and as a government contractor.

As Hansen admitted in the plea agreement, in early 2014, agents of a Chinese intelligence service targeted him for recruitment, and he began meeting with them regularly in China. During these meetings, the agents described to Hansen the type of information that would interest Chinese intelligence. Hansen stipulated that during the course of his relationship with Chinese intelligence, he received hundreds of thousands of dollars in compensation for information he provided them.

Between May 24, 2016, and June 2, 2018, Hansen admitted he solicited national security information from an intelligence case officer working for the DIA. Hansen admitted knowing that the Chinese intelligence services would find the information valuable, and he agreed to act as a conduit to sell that information to the Chinese. He advised the DIA case officer how to record and transmit classified information without detection, and how to hide and launder any funds received as payment for classified information. He admitted he now understands that the DIA case officer reported his conduct to the DIA and subsequently acted as a confidential human source for the FBI.

Hansen admitted meeting with the DIA case officer on June 2, 2018, and receiving individual documents containing national defense information that he had previously solicited. The documents he received were classified. The documents included national security information related to U.S. military readiness in a particular region — information closely held by the federal government. Hansen did not possess a security clearance nor did he possess a need to know the information contained in the materials.

As a part of his plea agreement, Hansen admitted he reviewed the documents, queried the case officer about their contents, and took written notes which contained information determined to be classified. He advised the DIA case officer that he would remember most of the details about the documents he received that day and would conceal notes about the material in the text of an electronic document he would prepare at the airport before leaving for China. He admitted he intended to provide the information he received to the agents of the Chinese Intelligence Service with whom he had been meeting. He also admitted knowing that the information was to be used to the injury of the United States and to the advantage of a foreign nation.

The FreeBeacon reported: Hansen explained in a [electronically intercepted conversation] why he was making a risky spying pitch to the officer who was not identified by name.

“The fact, because I hate Trump,” Hansen stated. “I know he wants to start a war somewhere. I don’t want you to die for no reason. That’s the only reason we’re having this conversation.”

Hansen then said if the DIA officer were paid $500,000, he also would make the same amount.

Asked by the officer if the promise of getting large sums of cash from notoriously stingy Chinese intelligence agencies was sincere, Hansen said, yes.

But he also issued a blunt warning that Chinese intelligence is prepared to kill those who work secretly for them.

“Just share one other thing in having worked very closely the Ministry of State Security, Ministry of Public Security, [Beijing State Security Bureau], they’ll kill you if you fuck them over. They are not above sending someone here to hunt you down and kill you,” Hansen said, adding that “you’ve seen with the Russians’ that’s pretty easy to do.”

“The Chinese are not like that,” he said. “You’ll just be [killed] in a car accident.”

As a part of the plea agreement, Hansen has agreed to forfeit property acquired from or traceable to his offense, including property used to facilitate the crime.