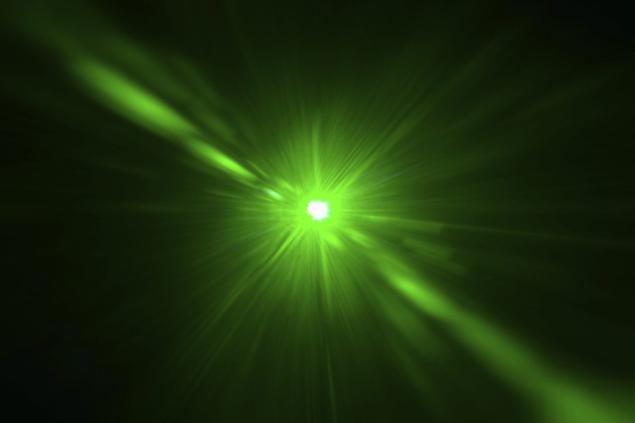 SAN DIEGO – Rudy Alvarez, 24, of Lemon Grove was charged in federal court today with knowingly aiming the beam of a laser pointer at a San Diego Police helicopter as the aircraft flew over protests in the wake of George Floyd’s death in Minneapolis.

According to a federal complaint, the incident occurred at a large demonstration that passed through the area of 500 University Avenue in Hillcrest on June 6 at 8:30 p.m. Two officers from the San Diego Police Department’s Air Support Unit were monitoring the crowd in a marked San Diego Police Department helicopter. The officers reported that one of the demonstrators in the crowd was shining a laser at their aircraft that impeded their ability to safely operate the helicopter.

“Aiming a laser pointer at or near an aircraft could cause distraction or blindness to a pilot and the consequences could be devastating,” said U.S. Attorney Robert Brewer. “We support the Constitutional rights of free speech and assembly, but it is our duty to protect the public and law enforcement from danger.”

“The use of laser pointers upon law enforcement aircraft threatened the safety of the police officers protecting lawful protestors and created a potentially dangerous incident,” said FBI San Diego Acting Special Agent in Charge Omer Meisel. “The FBI is focused on identifying and investigating individuals who commit crimes that threaten the safety of our community and will continue to work with our local partners to pursue federal prosecutions.”

Alvarez was arraigned in federal court today. U.S. Magistrate Judge Daniel E. Butcher set bond at $5,000. The next hearing is scheduled for June 23 at 9 a.m. before Judge Butcher.

The San Diego police officers were able to locate the man who pointed the laser at the helicopter multiple times over the course of an hour as he marched with the protestors in downtown San Diego.

Based on a description of the man pointing the laser, San Diego police detectives located and later identified Rudy Alvarez in the crowd of demonstrators in the vicinity of 600 G Street at approximately 9:45 p.m. One detective noted that Alvarez was wearing the same clothing as described by the officers in the helicopter. Alvarez was arrested without incident.