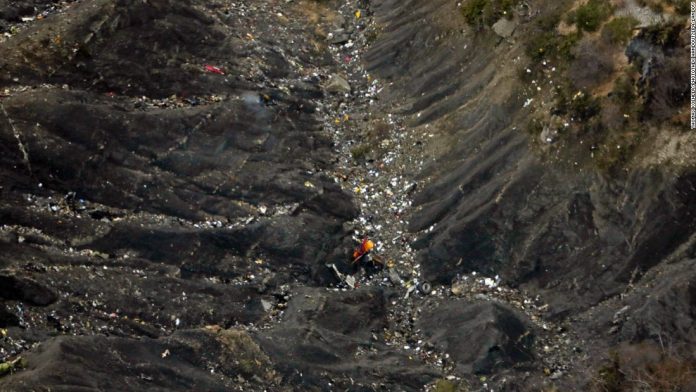 Almost two years to the day after a passenger plane was deliberately slammed into the French Alps, killing all 150 people aboard, a U.S. judge threw out a lawsuit against the Arizona flight school where the pilot was trained.

On March 24, 2015, Germanwings pilot Andreas Lubitz locked the captain of Flight 9525 out of the cockpit and flew the Airbus A320 into a mountainside. The 81 families of the doomed passengers alleged in a lawsuit that Airline Training Center Arizona in Goodyear, Ariz., owned by Germanwings parent Deutsche Lufthansa, bore some responsibility for failing to screen out Lubitz.

While finding some merit in the claim, U.S. District Judge Diane Humetewa in Phoenix ruled March 27 that since everything else about the case is tied to Germany, that’s where it must be heard. She cited the legal principle of forum non conveniens, under which judges have discretion to shift a case to a different venue depending on the facts in hand. Seventy of the plaintiffs in the lawsuit are German.

“Although Arizona certainly has an interest in this litigation, it is comparatively low when considering the much higher level of public interest in the lawsuit that is likely in Germany given the number of German citizens who lost their lives,” she wrote. Humetewa said a German court, if it accepts the lawsuit, could apply any Arizona laws applicable to the case.

For the European plaintiffs, the ruling could spell the end of U.S. litigation over the crash.

Marc Moller, a lawyer for the relatives at Kreindler & Kreindler, called Humetewa’s ruling “quite positive” and said his clients will indeed take their case to Germany. “The bottom line is that the decision validates the theories of liability that motivated us to bring the case in the first place,” Moller said. Many of the relatives have already settled, owing to a two-year statute of limitations. Humetewa gave the plaintiffs six months to bring their lawsuit in Germany.

Moller said it was “too early to say” how the decision will affect the plaintiffs’ potential to recover damages.

Germanwings was rechristened Eurowings in late 2015. Parent company Lufthansa is building the Dusseldorf-based carrier into a larger low-cost brand with longer-haul operations.

Another U.S. lawsuit, filed by Ronald Selke on behalf of his wife and daughter, both Americans, is pending in federal court in Alexandria, Va. Yvonne Selke, a retired U.S. Army major, and her daughter, Emily, spent three days together in Spain before boarding the Germanwings flight.

That lawsuit names as defendants Lufthansa, Germanwings, Eurowings, and Chicago-based United Airlines, which sold tickets on the flight as part of an alliance with the German carrier. Ronald Selke also sued the Arizona flight school in a separate complaint. Both cases are pending.

A Lufthansa spokeswoman in New York, Christina Semmel, declined to comment. United spokeswoman Erin Benson said in “the suit against United has no merit and we will defend ourselves.”

Lubitz had been treated for severe depression, including an episode that required intense therapy that disrupted his flight training before he arrived at the flight school in November 2010. Humetewa’s ruling was sympathetic to the relatives’ legal claims on several fronts, including the issue of whether the school bears responsibility in determining a student’s fitness for commercial air duties.

“Surely it is not beyond the scope of a flight training school’s services to take reasonable steps to ensure a commercial airline pilot candidate is mentally qualified to continue in the program,” Humetewa wrote. The judge said she wasn’t persuaded by the flight school’s argument that it has no relationship to Lubitz’s victims “upon which a legal duty can be based.”

As part of the decision, Humetewa imposed several conditions on her decision that the case should be filed in Germany. This included instructing the flight school to waive its statute of limitations rights (thus making it unable to later claim the plaintiffs were time-barred from pursuing their claims again in the U.S.) and to follow American discovery rules, which cover the exchange of information before trial, if they are less restrictive than in Germany. The plaintiffs can seek to return the case to Arizona if her preconditions aren’t met in Germany, Moller said.

On Friday, the second anniversary of the crash, Lufthansa unveiled a commemorative memorial in Le Vernet, France, near the crash site. The sculpture, Sonnenkugel, (solar orb) was created by German artist Jürgen Batscheider and presented to relatives by Lufthansa’s chief executive.