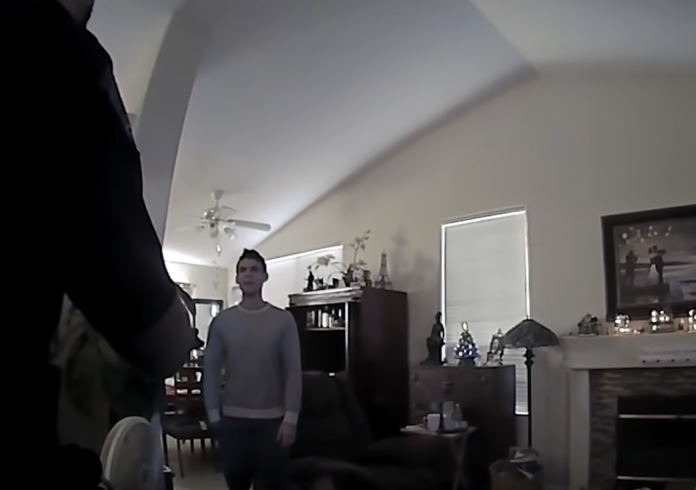 Hollister, California — (News Release) – Hollister Police Officers responded to a 911 call for a disturbance at a home on Kimberly Court. Officers located a man that allegedly threatened family members, was armed with a knife and refused to cooperate or to put the knife down. One officer discharged his firearm and wounded the suspect. The suspect was transported to a trauma hospital where he is listed in stable condition. The suspect was identified as 29-year-old Brandon Hill.

At approximately 7:30​ am, SCR911 received a 911 hang-up call from a home located on the 1100 block of Kimberly Court. When dispatchers attempted to call back they received a request for help advising an adult family member was possibly violent and had access to kitchen knives. Two officers arrived on scene and contacted the family members. As they were talking with family members, the suspect approached the officers and refused to remove his hands from his pockets.

When officers attempted to speak with the man inside the house, the suspect was uncooperative and eventually produced a large knife. He proceeded to start a fire by turning on the stove and placing items on the ignited burner. He stood between the fire and the officers and began to throw several items at the officers; including one item that was on fire. The suspect continued to throw furniture and other items around the room and threatened both officers.

Attempts to deescalate were unsuccessful. At one point an officer discharged one round from his service weapon. The round struck the suspect in the abdomen at which time the suspect dropped the knife.

Officers immediately secured the suspect and rendered first aid until medics arrived on scene. The suspect was transported to a trauma hospital.

The suspect was medically cleared and released from an area hospital in the evening of December 16, 2020. Officers from the Hollister Police Department took custody of the suspect, identified as Brandon Hill (29). Hill was transported to the San Benito County Jail where he was booked for several charges including: arson, assault with a deadly weapon, threatening an officer, resisting arrest and criminal threats. His bail is set at $196,000 according to jail staff.