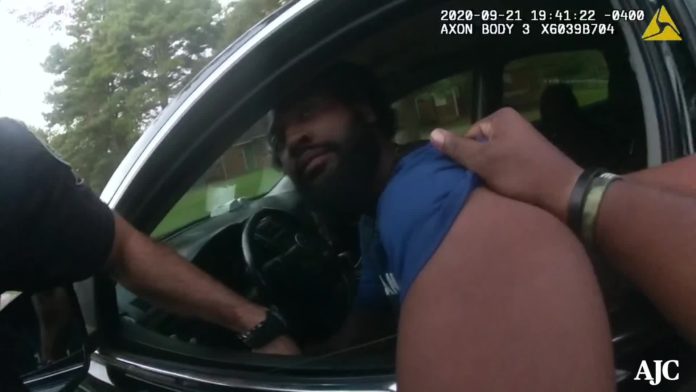 ATLANTA — A woman called 911 and reported she had been involved in a fight with her husband, identified by authorities as 28-year-old Dearian Bell. “For approximately 12 minutes, Bell held the firearm and walked around the area ignoring verbal commands to put the gun down,” GBI spokeswoman Nelly Miles said. Officers rendered aid to Bell at the scene. He was taken to Grady Hospital, where he was pronounced dead.