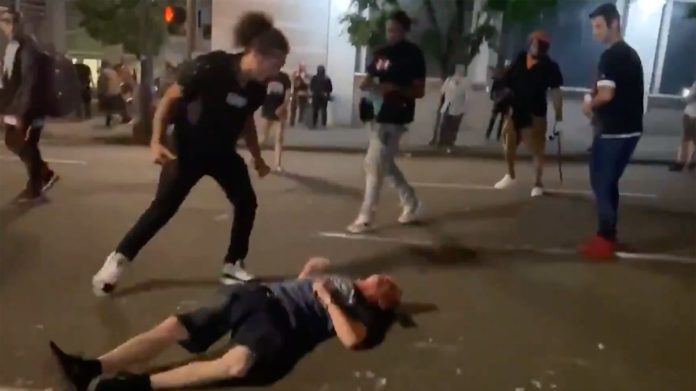 A man was pulled from his truck and then brutally beaten by a mob near a protest in Portland late Sunday.

“The report said protesters were chasing the truck before it crashed, and they assaulted the driver after the crash,” Sgt. Kevin Allen told The Washington Post. “The driver was transported to the hospital by ambulance with serious injuries.”