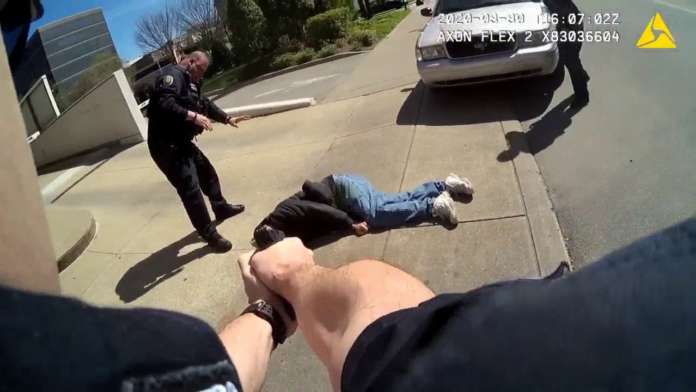 Louisville, Kentucky — Officials with the Louisville Metro Police Department released new details Tuesday about the fatal shooting of a man by an LMPD officer Monday afternoon, including the name of the officer who fired his weapon.The shooting took place in the 200 block of East Gray Street, near the Norton parking garage, around noon on Monday, a Norton spokeswoman said. LMPD Chief Steve Conrad said the man, identified by the Jefferson County Deputy Coroner’s Office as Jessie Stringfield, 44, was stopped by a UofL officer and there was a struggle.

During the confrontation, an LMPD officer saw the man reach for a weapon and shot him. Stringfield was taken to University of Louisville Hospital where he died from his injuries.The shooting remains under investigation. Conrad said more information and body camera video are expected to be released during a press conference at 3 p.m. Tuesday.