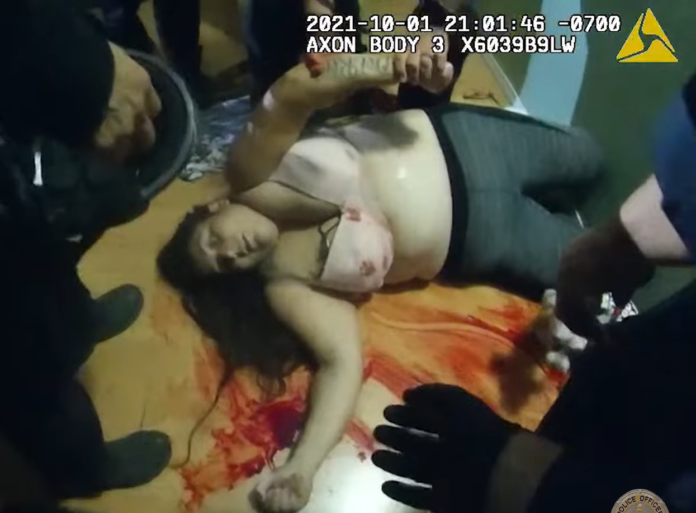 On October 1, 2021, around 7:00 p.m., LAPD Newton Patrol Division officers responded to a radio call of a female with a mental illness. Officers at the scene learned a woman was inside the residence holding her 10-year-old son at knifepoint. The woman refused to come out of the residence and Special Weapons and Tactics (SWAT) personnel were requested.

While awaiting the arrival of SWAT officers, the woman began stabbing her son, resulting in an officer-involved shooting. The woman was struck by gunfire and transported to a local hospital for medical treatment.

The 10-year-old sustained multiple stab wounds during the incident. He was transported to a local hospital and is in stable condition.

The woman was identified as Evelyn Del Real and has been booked for Attempt Murder.

The knife Del Real was armed with was recovered at scene.

LAPD’s specialized Force Investigation Division responded to the scene and interviewed witnesses and supervised the collection of evidence by the Forensic Science Division.

The complete investigation will be reviewed by the Chief of Police, the Board of Police Commissioners, and the Office of the Inspector General to determine the thoroughness and accuracy of the investigation and whether the use of deadly force complied with LAPD’s policies and procedures. Additionally, the Los Angeles County District Attorney’s Office who responded to the scene will review the subsequent FID investigation; evidence collected and witness statements to determine if the force used by the officer was reasonable.