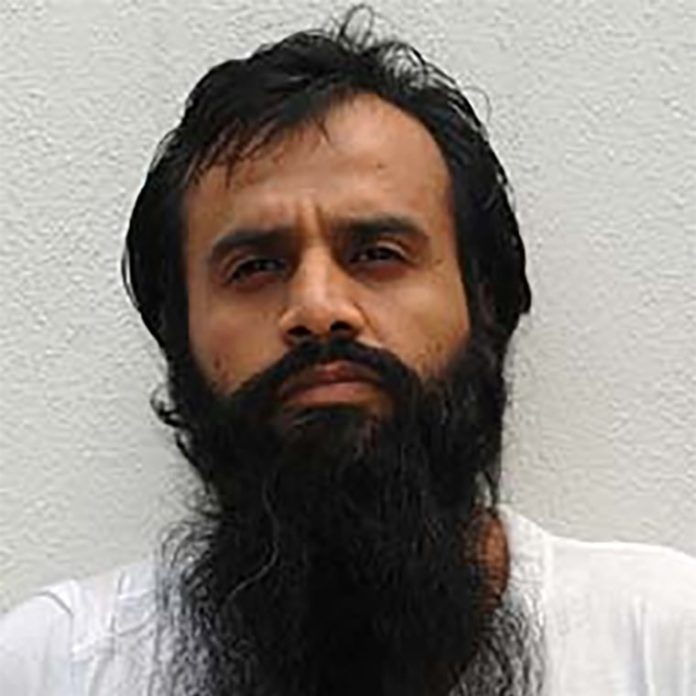 A Guantanamo Bay detainee who was accused of trying to join the 9/11 hijackers has been sent back to Saudi Arabia for ‘treatment for mental illness,’ the Biden Administration said Monday.

Mohammad Mani Ahmad al-Qahtani was sent from the famed prison to the Kingdom of Saudi Arabia where he will receive treatment at a psychiatric facility.

“After two decades without trial in U.S. custody, Mohammed will now receive the psychiatric care he has long needed in Saudi Arabia, with the support of his family,” law professor at the City University of New York Ramzi Kassem, who represented al-Qahtani, said. “Keeping him at Guantanamo, where he was tortured, and then repeatedly attempted suicide, would have been a likely death sentence.”

The Department of Defense released this statement:

On June 9, 2021, the Periodic Review Board process determined that law of war detention of Mohammad Mani Ahmad al-Qahtani was no longer necessary to protect against a continuing significant threat to the national security of the United States. Therefore, the PRB recommended that al-Qahtani be repatriated to his native country of Saudi Arabia, subject to security and humane treatment assurances.

On Feb. 4, 2022, Secretary of Defense Austin notified Congress of his intent to repatriate al-Qahtani to Saudi Arabia. In consultation with our Saudi partners, we completed the requirements for responsible transfers.

The United States appreciates the willingness of Saudi Arabia and other partners to support ongoing U.S. efforts toward a deliberate and thorough process focused on responsibly reducing the detainee population and ultimately closing of the Guantanamo Bay facility.

The PRB panel consists of one senior career official each from the Departments of Defense, Homeland Security, Justice, and State, along with the Joint Staff and the Office of the Director of National Intelligence.