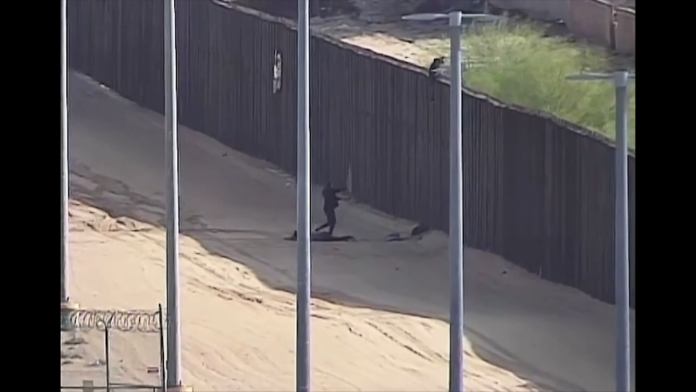 YUMA, Ariz. – A pair of Guatemalan teens sustained severe injuries after they fell off the 18-foot border wall while attempting to illegally enter the United States Friday.

At around 1 p.m., six illegal aliens from Guatemala illegally crossed into the United States east of the San Luis Port of Entry by scaling over the border wall. The 14-year-old, who was traveling with her mother, fell off the wall and sustained a serious back injury. The unaccompanied 17-year-old girl attempted to cross immediately afterward and fell off the wall resulting in an ankle injury.

“The only legal and safe method of entry into the United States is through a designated Port of Entry,” said Yuma Sector Acting Chief Patrol Agent Carl Landrum. “People entering our country illegally, at places other than designated Ports of Entry, put themselves and their families in dangerous situations that could result in significant injury or even death.”