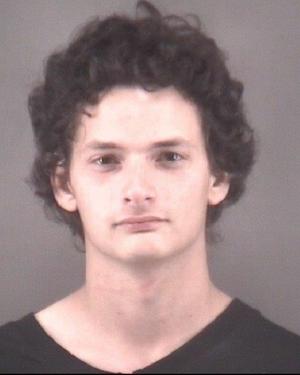 LOS ANGELES – A North Carolina man who engaged in a series of cyber and swatting attacks, including sending bogus threats of shootings and bombings to schools in the United States and United Kingdom, was sentenced today to 95 months in federal prison.

Vaughn pleaded guilty in November 2019 to one count of conspiracy to convey threats to injure, convey false information concerning use of explosive device, and intentionally damage a computer; one count of computer hacking; and one count of possession of child pornography.

Judge Wright sentenced Vaughn to prison terms of 95 months for the child pornography possession charge and 60 months for each of the other charges. The terms are to be served concurrently.

Vaughn was a member of the “Apophis Squad,” a worldwide collective of computer hackers and swatters. The collective caused disruptions by making threatening phone calls, sending bogus reports of violent school attacks via email, and launching distributed denial-of-service (DDoS) attacks on websites.

Vaughn and others sent emails to at least 86 school districts threatening armed students and explosives. The threatened attacks included the imminent detonation of a bomb made with ammonium nitrate and fuel oil, rocket-propelled grenade heads placed under school buses, and the placement of land mines on sports fields.

In another instance, Vaughn and others called in a false hijacking report related to a flight traveling from London to San Francisco, claiming that four men with weapons and explosives had hijacked the plane.

In early 2018, Vaughn demanded 1.5 bitcoin (then worth approximately $20,000) from a Long Beach company, to prevent denial-of-service attacks on its website. When the company refused to pay, he launched a DDoS attack that disabled the company’s website.