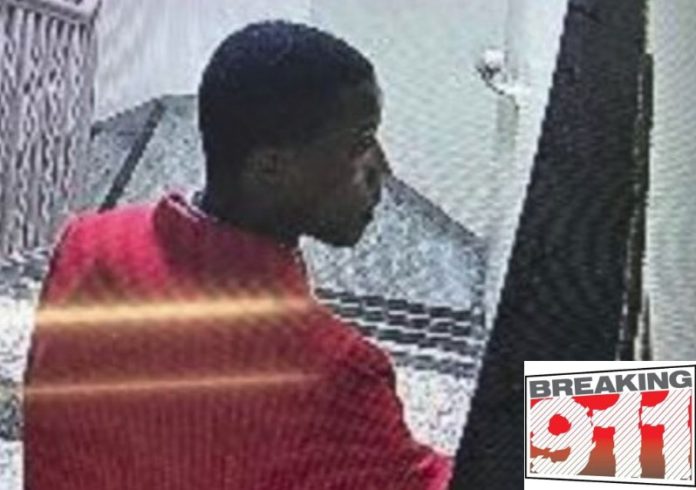 A political event at a Brooklyn synagogue was cancelled on Thursday night, after anti-Semitic graffiti was found inside.

It happened Thursday at the Union Temple on Eastern Parkway in Prospect Heights. Hateful messages “die Jew rats we are here,” “Hitler,” and “Jews better be ready,” were written in three different locations inside the building. They were written in black marker inside a stairwell.

The NYPD says that on Thursday, November 1, 2018 approximately 8:30PM, an unidentified individual entered 17 Eastern Parkway, Union Temple, and wrote various anti-Semitic words and statements by black marker in various locations throughout the building. The individual fled the location in an unknown direction.

The individual is described as a male Black, approximately 20-years-old, 5’8″, 140 lbs, with black hair and last seen wearing a red suit jacket.

Surveillance photo of the individual is attached.

“I am disgusted by the discovery of anti-Semitic graffiti at a house of worship in Brooklyn. At a time when the nation is still reeling from the attack at the Tree of Life synagogue in Pittsburgh, New Yorkers stand united with the Jewish community and against hate in all its forms.

“In New York, we have zero tolerance for discrimination in our laws or in our spirit. I have directed the State’s Hate Crimes Task Force to investigate this hideous act and hold those responsible accountable to the full extent of the law.

“As Governor, I am also doing everything in my power to ensure our religious institutions are free from violence and intolerance. This week, we announced the launch of an additional $10 million grant program to help protect New York’s non-public schools and cultural centers, including religious-based institutions.

“The disgusting rhetoric and heinous violence in this nation has reached a fever pitch and is ripping at the fabric of America, and it must stop. In New York, we have forged community through chords of commonality and we will always stand together against hate and discrimination.”