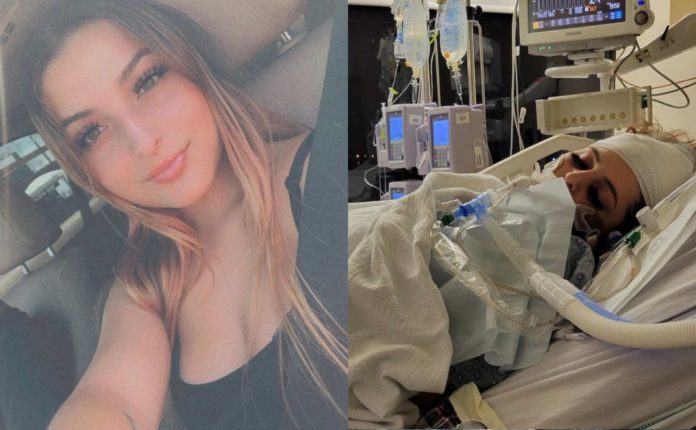 LONG BEACH, CA – On Wednesday, Manuela “Mona” Rodriguez, who was shot on Sep. 27, 2021 by a school safety officer, succumbed to her injuries as she was taken off life support. Rodriguez was the mother of a 5-year-old son.

In light of this news, detectives are now investigating the shooting as a homicide.

The following is a summary of events as provided by the Long Beach  Police Department: On Sep. 27, 2021, at 3:12 p.m., Long Beach Police Department (LBPD) officers responded to the area of Spring Street and Palo Verde Avenue regarding a hit shooting.

Upon arrival, officers determined a Long Beach Unified School District school safety officer had discharged their firearm, striking Rodriguez in the upper body. Long Beach Fire Department personnel responded to the scene and transported her to a local hospital where she was initially listed in critical condition.

The preliminary investigation revealed the school safety officer was driving when he observed a physical altercation between an adult female (Rodriguez) and a 15-year-old female juvenile victim occurring in the street. Investigators have determined a 20-year-old male adult and a 16-year-old male juvenile were also involved; however, their participation level remains under investigation.

When the male adult, the male juvenile, and Rodriguez attempted to flee in a 4-door gray sedan, the school safety officer approached the vehicle to prevent them from fleeing and discharged his firearm. Rodriguez was in the front passenger seat of the vehicle and was struck by gunfire.

At the time of the incident, the school security officer was employed by the Long Beach Unified School District and was not employed nor affiliated with the Long Beach Police Department nor the City of Long Beach.

The LBPD is conducting a criminal investigation of this incident and is sharing this information with the Los Angeles County District Attorney’s Office for their independent review.

The fatal shooting was captured on video.

After Rodriguez was taken off life support, her family said, “All the Doctors and Nurses of Long Beach Memorial Hospital on Mona’s floor gave a Hero’s Celebration to Mona by standing in the hallway as Mona was taken to the operation while her favorite song was played — ‘Letter to my son’ by Skeezy and the song was replayed over and over during the operation to donate her organs to five people. Rest In Peace Mona—Your Family will Always fight for Justice for You!!”