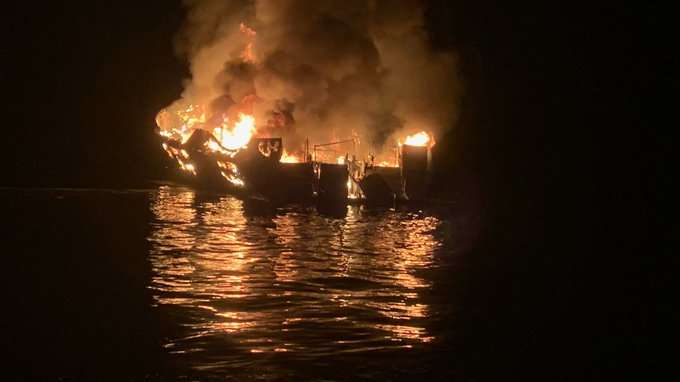 At least 34 people are feared dead after a fire broke out on a diving boat near Santa Cruz Island around around 4:00AM.

The U.S. Coast Guard says the fire was on a 75-foot vessel.

The Ventura County Fire Department said 34 people died, but the U.S. Coast Guard, which first reported the incident, has not confirmed any fatalities, according to KTLA.

Rescue efforts were still underway to evacuate remaining on-board passengers as of 6:13 a.m., the USCG tweeted.

“The Coast Guard has launched multiple rescue assets along with assets from local agencies to assist more than 30 people in distress on a 75ft boat near Santa Cruz Island,” Coast Guard LA said in a tweet shortly before 5 a.m. local time.

A second tweet from the Coast Guard said the vessel was reported as being on fire and that one of those rescued had minor injuries.