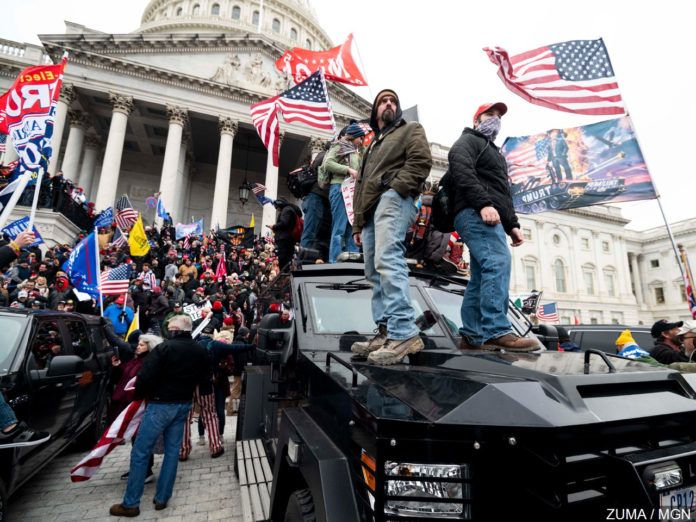 WASHINGTON – A Pennsylvania man pleaded guilty today to two felony charges, including for assaulting law enforcement officers, during the breach of the U.S. Capitol on Jan. 6, 2021. His and others’ actions disrupted a joint session of the U.S. Congress convened to ascertain and count the electoral votes related to the presidential election.

Marshall Neefe, 25, of Newville, Pennsylvania, pleaded guilty in the District of Columbia to charges of conspiracy to obstruct an official proceeding and assaulting, resisting, or impeding officers. According to court documents, Neefe and a co-defendant, Charles Bradford Smith, communicated with each other and others on Facebook in the weeks preceding Jan. 6. For example, on Nov. 4, 2020, a day after Election Day, Neefe wrote to Smith, “Im getting ready to storm D.C.” The two subsequently shared their intentions and plans to travel to Washington on Jan. 6.

In one such communication, Neefe wrote, “We goin? …Cause hot damn son I really wanna crack some commie skulls.” The two discussed bringing “batons” with them, and Neefe sent a photograph of a wooden club he had made to Smith and others, with a caption that called it “The Commie Knocker.” Neefe and Smith traveled to Washington, D.C. together. On Jan. 6, both illegally entered the Capitol grounds. Neefe carried the wooden club and participated in hoisting and pushing a large metal sign frame – at least eight feet tall and 10 feet wide — into a defensive line of officers attempting to prevent the crowd from further advancing on the west front plaza of the Capitol. Neefe later entered the Capitol building, including the Rotunda, disregarding commands to leave.

Smith, 25, of Shippensburg, Pennsylvania, has pleaded not guilty to charges.