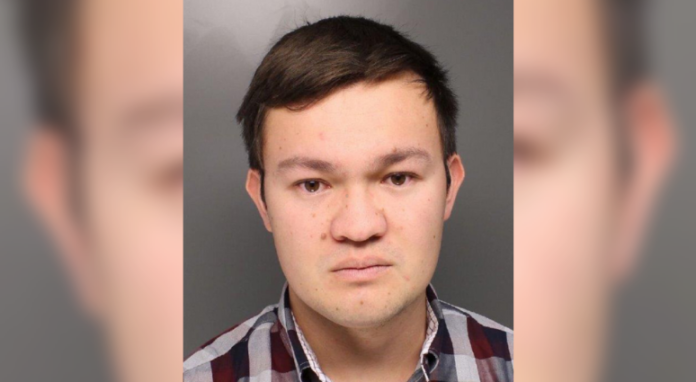 DOYLESTOWN, PA — An ex-Palisades High School math teacher pleaded guilty Tuesday to indecent exposure and invasion of privacy after he was caught last year secretly taking photographs looking up the skirts of female students and sharing the photos online.

Francis James Reppert Jr., 27, of Quakertown, appeared before Common Pleas Judge Raymond F. McHugh and pleaded guilty to indecent exposure, a misdemeanor of the first-degree, and two counts of invasion of privacy, misdemeanors of the second degree. Sentencing was deferred for 90 days while Reppert undergoes a sex offender evaluation. As part of his plea, Reppert he will be required to register through Megan’s Law for at least 15 years.

In one photo, Reppert is shown standing entirely naked in front of a whiteboard. Handwritten on the board behind him is “3/14/19, u/rockranger24, r/teachersgonewild,” terms associated with posts sometimes made on a pornographic section of the website reddit.com.

Reppert was fired by the Palisades School District late last year. Besides teaching math, Reppert also coached boys’ and girls’ tennis and had been employed by the school district since August 2016. The case was investigated by Pennsylvania State Police and is being prosecuted by Deputy District Attorney Matthew S. Lannetti.