Florence, now a category 3 hurricane, was centered at 5 p.m. about 385 miles southeast of Wilmington, North Carolina. Florence is moving toward the northwest.

A satellite measured an 83 Foot Wave near the center of Hurricane Florence Wednesday morning. 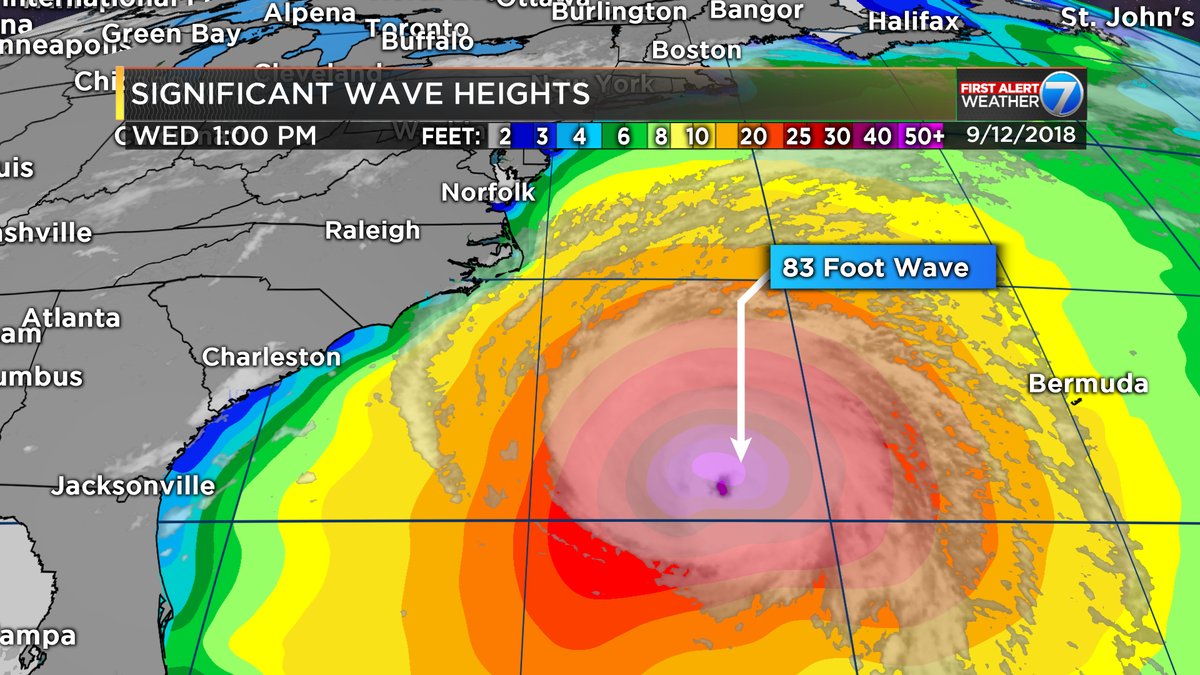 “It appears a major flood event is on the way in the Middle Atlantic region,” meteorologist Mike Smith said. “It is likely some areas will flood that have never flooded before.”

A high definition camera outside the International Space Station captured a stark and sobering view of Hurricane Florence.

On the forecast track, the center of Florence will move over the southwestern Atlantic Ocean between Bermuda and the Bahamas Wednesday night, and approach the coast of North Carolina or South Carolina in the hurricane warning area on Thursday and Friday, and move slowly near the coastline through Saturday. 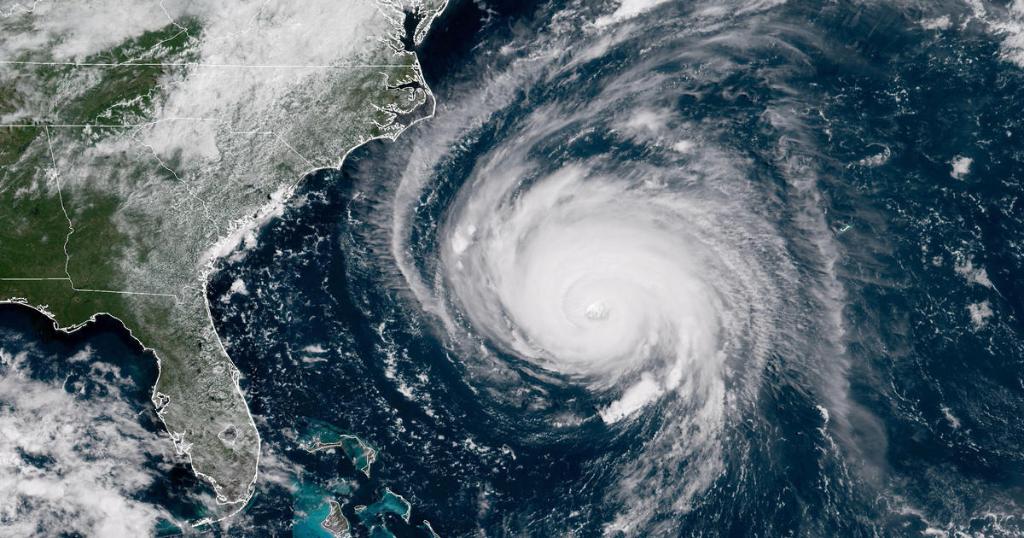 Some fluctuations in strength will be possible through Thursday morning. Although slow weakening is expected to begin by late Thursday, Florence is forecast to be an extremely dangerous major hurricane when it nears the U.S. coast late Thursday and Friday. 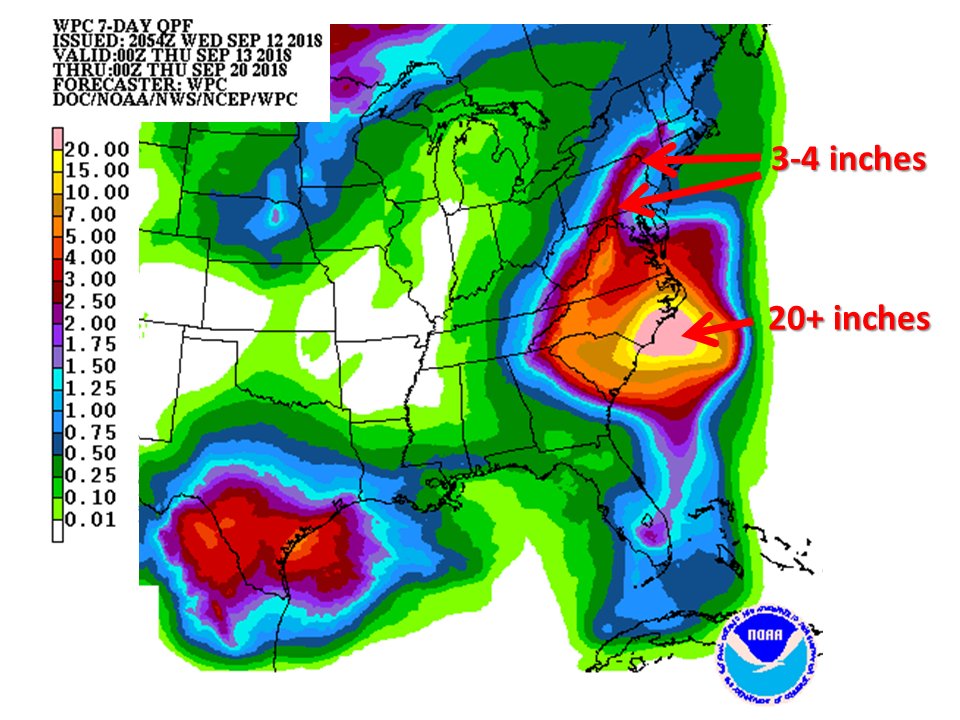 The National Weather Service says the event “will likely be the storm of a lifetime for portions of the Carolina coast.”

There is a high to moderate risk of flash flooding from #Florence across eastern North Carolina and extreme eastern South Carolina on Friday. @NWSWPC is forecasting more than 20″ of rain in some areas over the next week. https://t.co/krDhlpZ8LX pic.twitter.com/YhIH0JziC0 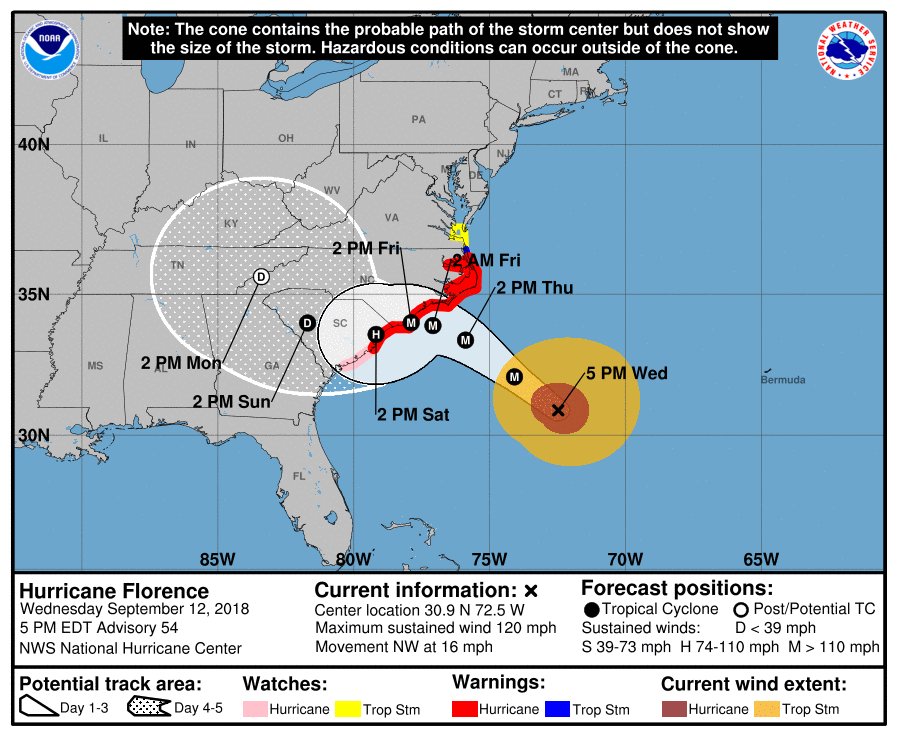 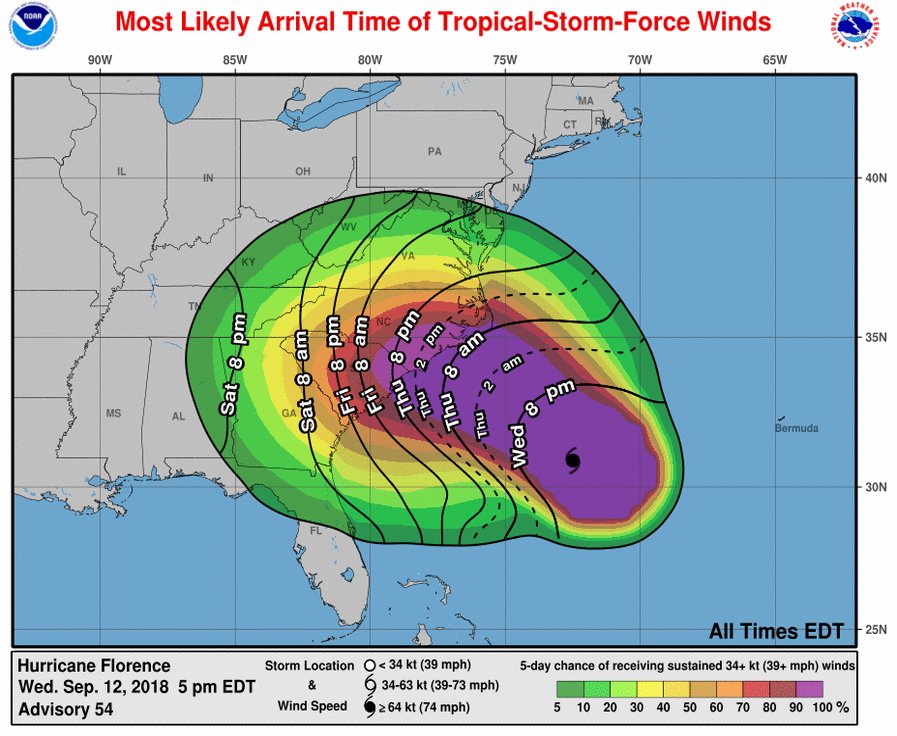 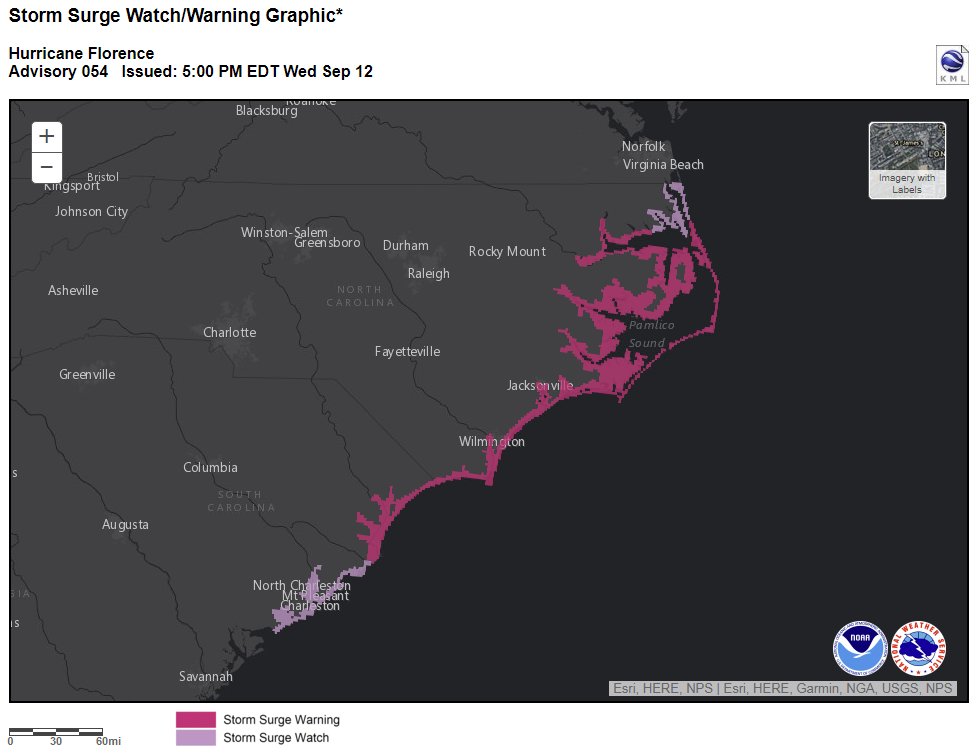 NHC said “Persons located within these areas should take all necessary actions to protect life and property from rising water and the potential for other dangerous conditions. Promptly follow evacuation and other instructions from local officials.”

For updated forecasts on this storm, visit: www.nhc.noaa.gov.