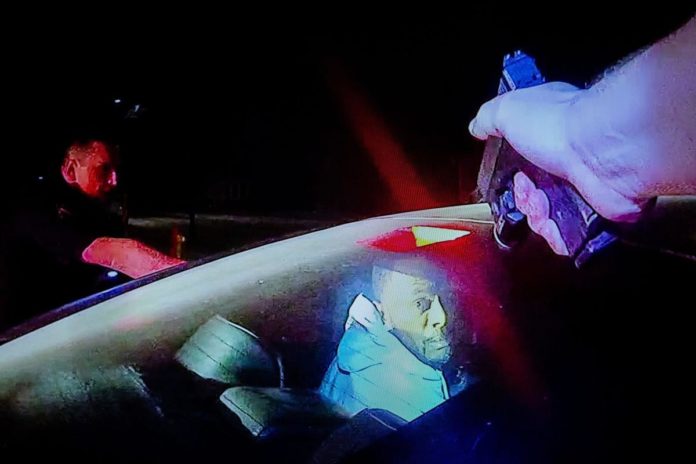 Omaha, Nebraska — The Douglas County District Court Clerk’s Office released body camera footage from the fatal shooting of 35-year-old Kenneth Jones in November. Bodycam videos show Officer Faulkner and Officer Martier engaging at a traffic stop that resulted in the shooting death of Jones. The other three people in the stopped car complied. But Jones, in the back seat, looked around and fumbled for something out of view of the officer’s camera from outside the car. Body camera footage from Officer Daniel Faulkner, who fired four shots, shows Kenneth Jones, ignoring repeated orders to raise his hands and, later, exit the car. Officer Martier approaches Jones when he doesn’t respond and said they needed to render aid. Beneath Jones as they turn him over, the video shows a handgun. A Douglas County Grand Jury concluded there was no wrongdoing in the shooting, after reviewing the videos, and testimony of police and witnesses.